England hosts of the tournament were expected to advance to the final on home soil while West Germany were also among the favourites.

It was West Germany that took the lead in the final as early as the 12th minute through Helmut Haller.

England would grab an equalizer through a header by Geoff Hurst in the 18th minute as both sides went to the halftime break level.

In the 78th minute, England went ahead through Martin Peters but West Germany equalized through Wolfgang Weber in the 89th minute as the game ended level at the 90-minute mark and proceeded to extra-time. 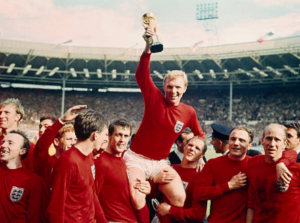 In Extra-time Hurst scored his second of the game in the 101st minute to put England back in front.

West Germany searched for another equalizer but Hurst would score again in the 120th minute for his third of the game completing his hat-trick as England won the 1966 FIFA World Cup in front of 96,924 fans in attendance at the Wembley Stadium, London.