The game was played at Wembley Stadium, London with a record 73,611 fans in attendance. 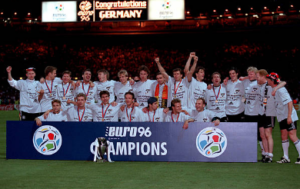 After a goalless first half, it was the Czech Republic that went ahead in the 59th minute when Patrik Berger converted from the penalty spot.

Germany found an equalizer through Oliver Bierhoff in the 73rd minute as the game was level at the 90 minutes and went to extra-time.

Bierhoff would score the winner in the 95th minute as Germany won the tournament on Golden Goal.

A REMINDER:#OnThisDay 1996
Germany won Euro ‘96 thanks to an Oliver Bierhoff brace, his second the golden goal winner 🇩🇪🏆

An absolute howler from the keeper 🤦‍♂️pic.twitter.com/oWtXGxHlOi 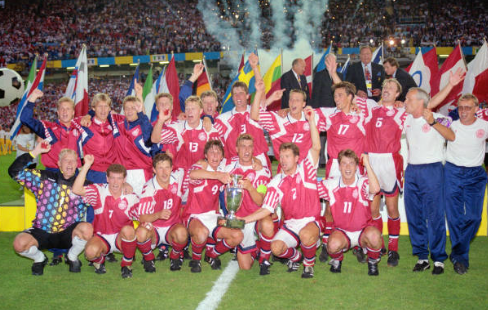 OTD in 1992: Denmark beat Germany 2-0 to be crowned European champions (video) On  June 26 1992 Denmark pulled off an upset to beat favourites…