Former Super Eagles striker, Victor Anichebe has expressed his desire to return to English football after leaving the shores of the country for China in 2017.

Anichebe who played for Everton, West Brom and Sunderland said he has an “unfinished business” in England while speaking to Sky Sports news of recent.

“Last year I trained with my friend Darren Moore at Doncaster. It was really good to be in and around (the team atmosphere).”

“Right now is the fittest I have ever been. We will see if a good opportunity comes and I’ll assess if I actually want to take it and we’ll go from there.”

The 32-year-old striker left England in 2017 for Beijing Enterprises where he scored 5 goals in 23 appearances.

On the flipside, Victor Anichebe said, he’s willing to own a football club at the end of his career. He said he has a couple of wealthy friends he can partner with to start a football club.

“I would like to go down that route of owning a team.”

“I do have a group of people that are quite wealthy guys and together we could come together and go down that route.”

“I don’t see why we can’t all come together [as players] and buy clubs. I do think that is another way to really affect change. Instead of wanting change, we can be the change ourselves,” he said.

Anichebe had a short career with the Super Eagles between 2008 – 2011 where he scored just a goal in 11 appearances.  While at the club level, he only managed 40 goals in 254 appearances in a career maligned by  injuries.

Former Super Eagles and Fermabache of Turkey striker: Emmanuel Emenike believes that a lot of politics go on off the pitch in Nigeria’s football adminstration… 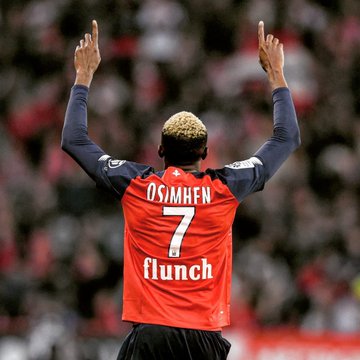