The Los Angeles Lakers started the 2020 NBA finals in dominant fashion with a 116-98 win against the Miami Heat in the early hours of Thursday, October 1st.

The game billed to be competitive between two top sides was anything but as the Lakers dominated from start to finish.

Anthony Davis puts up 34 points while LeBron James added 25 points, 13 rebounds and nine assists as the Lakers to a 1-0 lead over the Heat in the series. 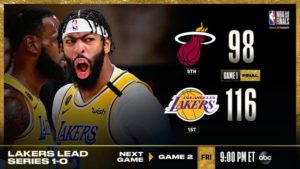 The Lakers also had decent contribution from Caldwell-Pope with 13 points and Danny Green with 11 points. 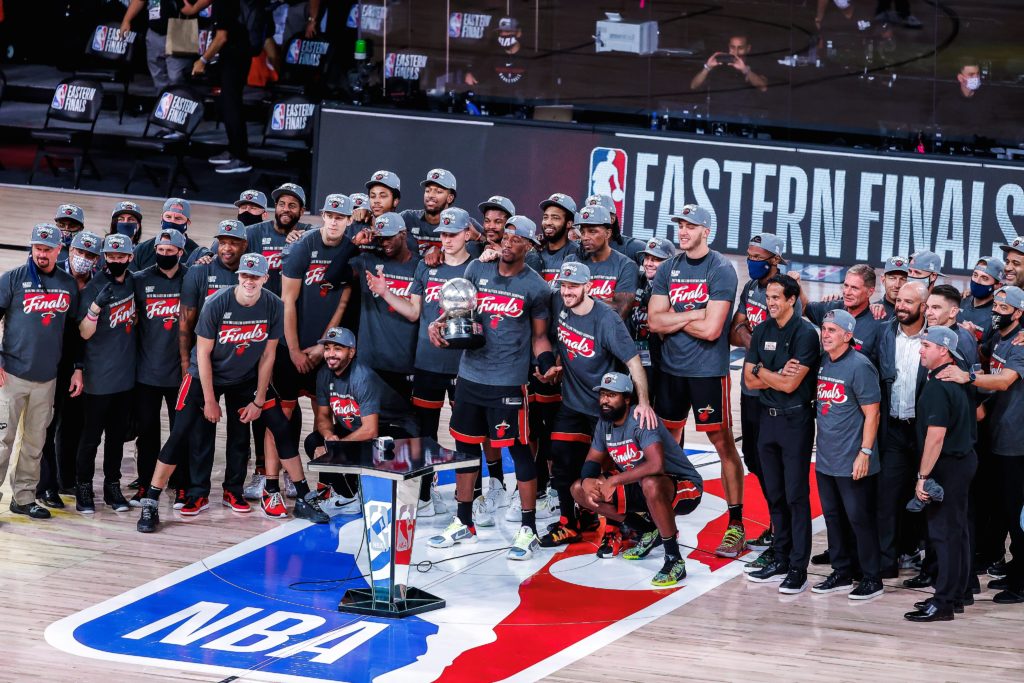