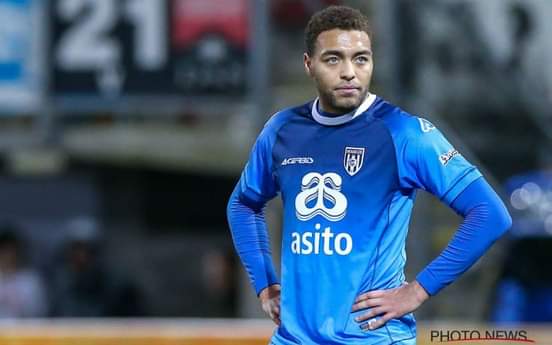 Former Belgium star Luc Nilis has maintained that Cyril Dessesrs, who was set to make his Super Eagles debut in March, is one of the best centre forwards in the world and so there is no reason why the country ranked No 1 by FIFA should not call him up in September.

Nilis said Dessers deserves to be invited by the Red Devils of Belgium though Nigeria named the forward for a 2021 AFCON qualifier against Sierra Leone in March.

However Dessers who has since signed for KRC Genk has left the door sensationally open as it concerns his international career. 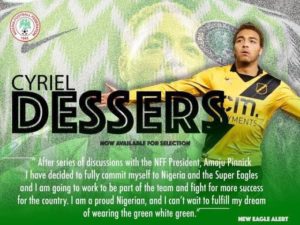 “One of my best friends is a video analyst at the Red Devils, so sometimes I catch something but I have not yet spoken to Roberto Martinez,” Dessers told Het Belang Van Limburg.

“I now focus on Genk and make goals, the rest will come naturally. That has always been my motto. At the moment the national team is not my issue, we will know more in September. Belgium? Nigeria? Maybe I will be summoned somewhere, maybe not.”

Dessers, who has a Belgian father is eligible to play for Nigeria through his Nigerian mother.