The 2020 FIFA Best awards were held on Thursday, December 17th.

The Men’s and Women’s Goalkeeper awards were dished out. 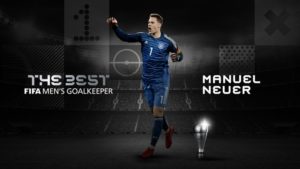