Muda Lawal: 29 years gone but still one of Nigeria’s best players ever 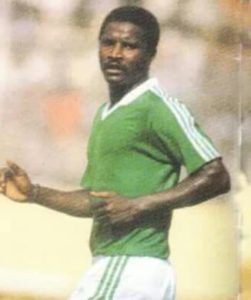 Every day six feet above the ground is a blessing.

I have often wondered, in my sober moments, why good people have had to exit this planet so early. I have also wondered if they are still with us today, what they will be doing. At such moments I feel sad. Some of us have gone on to other things, lived full lives, had kids, and surrounded by family and friends.

And some just didn’t get that chance. Why? Just one of life’s greatest injustices and mysteries?

Muda Lawal was not a player I can lay my hands on my chest and say I was close to. But he was someone I could talk to. Someone who ironically was the first person who greeted me as I walked into the Eagles camp at Bode Thomas one Sunday evening in 1984 . And over the next couple of years I grew to really like him and got on with him like most other players. 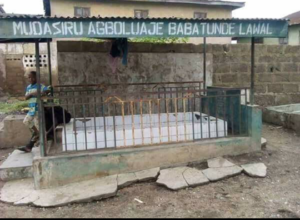 Hear his friend and ex-teammate Tosin Adebambo speak about him: “Mudal Lawal was a welder by profession in Mushin area of Lagos state but he was a promising football player playing felele games around Lagos state environs. He first joined Housing Football Club of Ibadan in 1973, after his brief exploits with that Club, the management of IICC Shooting Stars recruited him in 1974 and he played for them till 1981 when he briefly joined Abiola Babes with late Best Ogedegbe. I was fortunate to play some matches with him in 1981 before he left and he rejoined IICC in 1984 to play the African Cup of Champions Clubs competition with us. Soon as we lost in the final and the Club was briefly disbanded by the Military Governor Popoola, Muda left us again to join Super Stores of Lagos in 1985, but he finally returned back to IICC in 1989 after they had undergone name changes, to 3SC Shooting Stars. He briefly played for them until he was named Team Manager in 1991 and he passed to glory on July 6, 1991 and was buried in his home town of Abeokuta, Ogun state.”

He was very amiable person, very jovial and entertaining…there could never be a dull moment around him when you are with him. He was very generous and compassionate and above all he was a consumate professional.

He was an equal opportunity kind of person, he could interact intelligently with anyone irrespective of your race or creed. Very likeable person by everybody, his magnetic personality traits that attracts like magnet was his affable smile.” 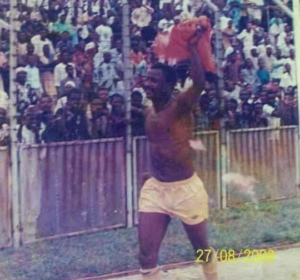 As I wrote earlier, Muda Lawal was the first person I met as I walked into the Eagles camp that Sunday evening. The camp was deserted because it was a free day for the players as training was supposed to resume on the Monday. I was not as apprehensive as I was the day I walked into the Rangers camp with three other players. Nevertheless, being the first time I was joining the Eagles, I was a touch nervous. It was the first time I was joining a group I hadn’t played with before, so I didn’t know what to expect. I had also heard stories about what life was all about in the Eagles camp.

As the gate man opened the gates and I walked in, Muda was about thirty or so metres away, his back towards the gate. He swung around because of the sound of the gates opening; we made eye contact, and he started walking towards me with the most incredible smile on his face with outstretched hands. That smile on his face? That was one of the defining moments of my football career. I will never forget that as long as I live.

I can’t remember exactly the number of matches I played with Muda. But I remember atleast seven. At one of those games in Lusaka Zambia, we were leading the Zambian team 2-1. They managed to score one goal. During the dying minutes of the match we were still leading 2-1. A Zambian player tackled me and I fell down. As I was trying to get up, Muda screamed at me in Yoruba; he, in the midst of the usual tension, forgot that I didn’t understand what he was saying, and I got up. When I understood that he was telling me to stay down so we could kill some more minutes, I threw myself back on the ground. I wasted some minutes and got a yellow card for the team. But we won. Going back to the hotel, he was saying with a laugh “ah ah Charles, you no dey tire?” 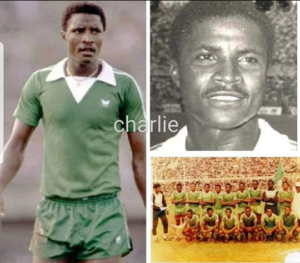 For a guy who started playing for Nigeria at a very young age when most of us in that team were schoolboy footballers, or haven’t even gotten involved in football, his disposition towards us was so unbelievably amiable. Walks into the bus as we were about to drive to training, laughing and joking with everyone.

And I thought then, as I think today; I played with him during the tail end of his career. If he was this good during that period, only heaven knows how good he was at a younger age.

Over this lockdown period, our generation have sort of woken up and start remembering. Remembering not just our team mates alone, but an entire generation. Speaking and connecting with the likes of Yisa shofoluwe, Taju Disu, Tosin Adebambo, Wasiu Ipaye etc, and a lot of players of my generation of Rangers has done my soul a lot of good. It’s been very soothing.

Without some of these guys, some gone, some still around, we are nothing.

May Muda’s beautiful soul continue to rest in peace. 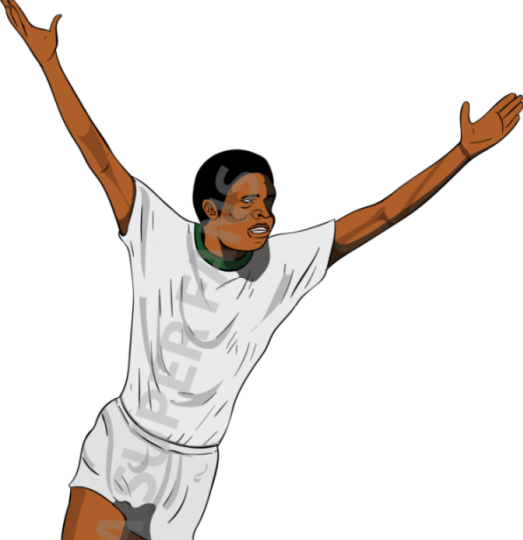 Haruna Ilerika was one of the shinning stars of the national team in 1976 when the Super Eagles of Nigeria, then known as the…

How HARUNA “Master Dribbler” ILERIKA, the schoolboy sensation led Nigeria to a first AFCON medal and then broke the heart of a beautiful Ethiopian lady

“Mathematical” SEGUN ODEGBAMI recollects how Nigeria blew the whole of Africa to pieces to win her first AFCON title after three months camping in Brazil. 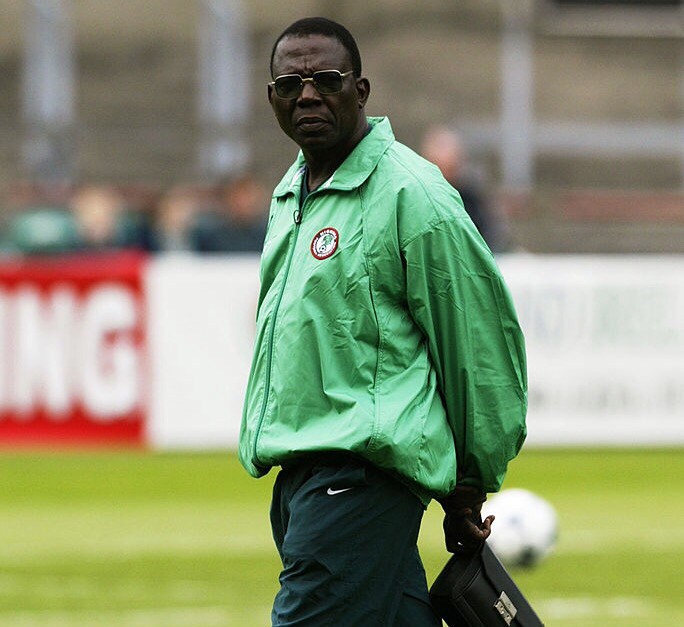