The Champions League have revealed the nominees for the Player of the Week award.

The nominees are from the four quarterfinal fixtures played of the last week.

1 Neymar who had an assist and was influential as Paris Saint-Germain beat Atalanta. 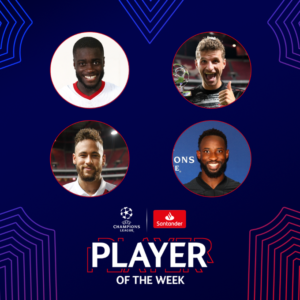