Nigeria inched up to 29th in the latest FIFA world rankings released on Thursday from the 31st position occupied by the Super Eagles last month. They remain third in Africa.

The national team went as high as the fifth spot in 1994 – Africa’s highest since the rankings began – so being 29th should not ordinarily be anything special.

However, the importance and value of the rankings have grown over the years and they now mean much more than just mere classification of FIFA’s top teams. 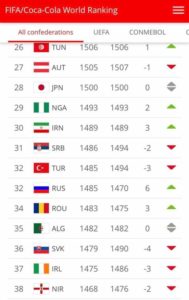 Apart from the bragging rights that come with having one’s team be as higher up as possible, the rankings is also now a parameter for determining players’ eligibility to play in competitive leagues like the English Premier League.

For instance, a Nigerian player used to be expected to play as many as 75% of the Super Eagles international matches in order to qualify for a work permit in England. This pre-requisite has been majorly responsible for the few number of Nigerians in the English top-flight.

With the current 29th position however, a Nigerian player just needs a little above 60% of the national team’s games over two years to meet the eligibility rules.

And should the Eagles go below 20th spots, the percentage of games required to qualify for a work permit is further reduced. 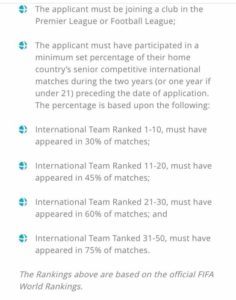 Going into the international window, the Super Eagles must be pushed to even do better than before.

Serbia And Turkey who were previously in joint 29th lost and drew their matches, and thus dropped points and swapped places in the rankings with Nigeria who remained static on points. Slovakia, N. Ireland and Rep of Ireland also dropped with a loss and a draw.

In October, if Nigeria do well against Tunisia and Ivory Coast, the Super Eagles will consolidate its position in the top 30 and also draw closer to Tunisia, making it easier to close in on second in Africa.

This ia not impossible with Serbia facing Turkey in their next match, a win for either side will be good for Nigeria. Besides, one of them will face Germany in a match they are expected to lose.

This could be the beginning of the rise to the zenith of world football for the Super Eagles, still the record holder for highest spot on the FIFA rankings for an African country.

The Super Eagles of Nigeria have dropped three places in the latest FIFA Coca-Cola ranking from 32 to 35th. The drop in the rankings is… 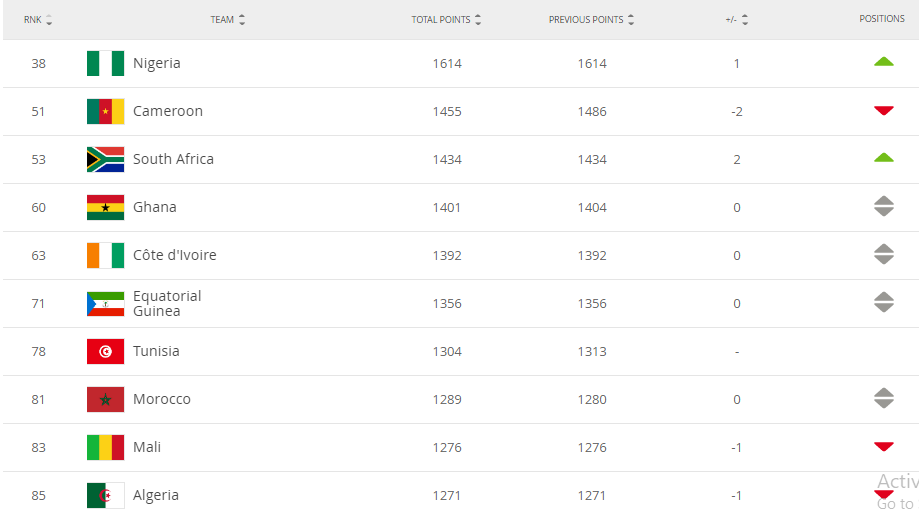