Ogun State Police command yesterday, paraded a 57-years-old Pastor, Ebenezer Ajigbotoluwa, the General Overseer of House of the Lord of Isreal after he was arrested by impregnating two sisters and also defrauding their mother of 1.5million naira.

While speaking to Journalists in the State Capital, the Pastor said he didn’t impregnate the two sisters but one as he claimed that one of them is legally married to him.

He went on to ask God as well as the public to forgive him and not use his own mistake to rubbish the name of Pastors, Churches and God.

He also regretted his actions and promised to embark on prison missionary duties if he regains his freedom.

“I am asking for forgiveness from God Almighty for finding myself in this position, if I knew it would happen this way, I wouldn’t have agreed to marry the girl”. 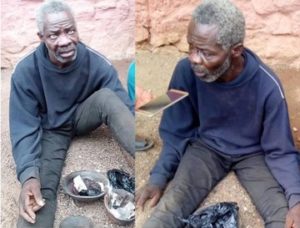 “Our people should stop condemning the work of God. I am crying because of God because the name of God should not be put to shame, especially when you’re talking of white garment church.”

“God knows the time I came to earth and the time I will go back, but if God gives me the favour and time to talk if he gives me the grace as he gave David the grace to continue the ministerial assignment. There is no man of God that Satan will not hunt except the person that his own time has not come.”

” If I can have favour from God and from Nigerians, and from the government, then, it is my promise that I will turn a new life and I will be preaching to prisoners. I will be going to cells to preach to them, that is the kind of ministry I want to establish, to change people if God can give me the grace.”

Born in Ifewara; a town in Osun State, South Western Nigeria 78 years ago, Pastor Enoch Adejare Adeboye is one of the most revered men…