Arch-rivals Barcelona beat Valladolid 1-0 on Saturday to close the gap and pile pressure ahead of the game against Granda.

Real Madrid started well and went in front as early as the 10th minute when Ferland Mendy converted a ball through to him by Casemiro. 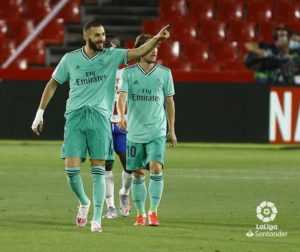 La Liga player of the Month for June Karim Benzema made it two for Real Madrid in the 16th minute from a Luka Modric assist as they went to the halftime break with a comfortable lead.

Granada pulled one back when Yangel Herrera found Darwin Machis to score in the 50th minute, but Real Madrid held on despite late pressure to claim all three points.

The win pushes Real Madrid back to a four-point lead with 83 points and needs just one more win from their two remaining games against Villarreal and Leganes to seal their 34th Spanish La Liga crown.

Watch highlights of Granada vs Real Madrid below 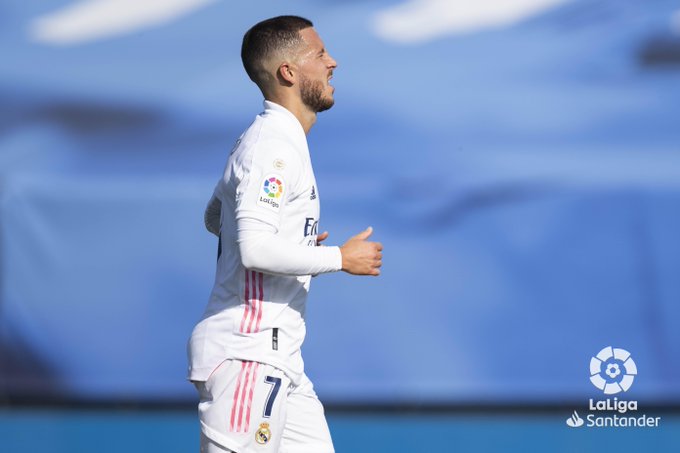 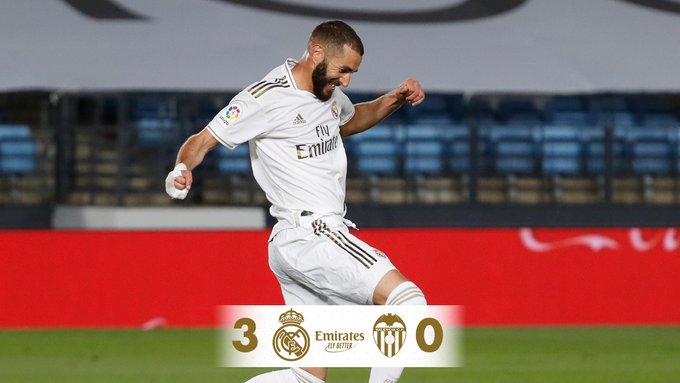