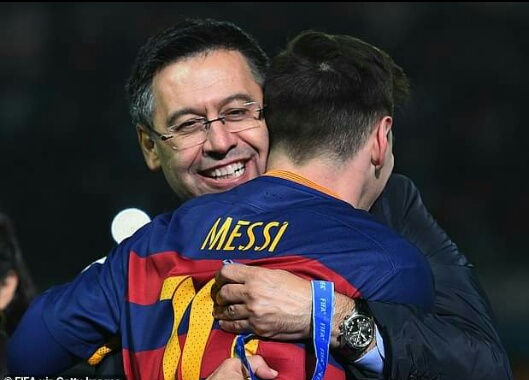 Former Barcelona President Josep Maria Bartomeu was arrested by Spanish police for his alleged involvement in what is being referred to as the ‘Barcagate’ smear campaign scandal during his time as their club president.

What exactly is Barcagate and how does this affect key figures at the club and impact the forthcoming presidential elections?

The police raids at Barcelona’s Nou Camp stadium on Monday morning are the latest chapter of what has been dubbed ‘Barcagate’, an embarrassingly public episode that has blighted the reputation of one of world football’s most famous clubs.

In February 2020, Spanish radio station Cadena Ser reported that Barcelona had hired a company named I3 Ventures to run and post negative stories about players and club figures who were in potential opposition to former president Josep Bartomeu.

For example, stories about Messi centred on him delaying the signing of his new contract, a particularly divisive issue within the club last summer as the Argentine stood on the brink of leaving. He is still due to leave this expire when his contract expires. It was claimed Barcelona had been using the services of I3Ventures since 2017 and six different invoices have been billed totalling almost €1million.

Bartomeu, one of the three people arrested on Monday, has since left his role and elections are due to be held this month to appoint a successor. He has strongly denied any involvement in the scandal.

Back in July 2020, an investigation by audit company PricewaterhouseCoopers cleared Barcelona of any wrongdoing and ruled they did not commission I3 Ventures to run a smear campaign against important club figures. 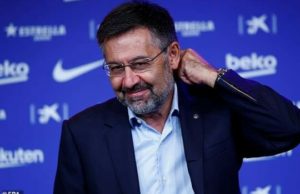 At the time Barcelona insisted the audit cleared them of all wrong doing and issued a statement threatening to sue the media outlets who originally published accusations of foul play if they did not rectify.

At the time Barcelona insisted the audit cleared them of all wrongdoing and issued a statement threatening to sue the media outlets who originally published accusations of foul play if they did not rectify.

The statement read: ‘After months of having lived with defamatory accusations on this matter, Barcelona asks those media outlets who made the charges of improper behaviour against our organisation to proceed to rectify that information, given that it has no basis and has been denied by a report that has been put together with unlimited access to the information requested about the club and its executives.’

But police have continued to investigate the matter and initially raided the club’s offices at the iconic Nou Camp stadium last June as they sought vital evidence.

Police officials returned on Monday with reports revealing employees who work in the offices were asked to leave while officers searched for more evidence.

Speaking in February 2020, Barcelona admitted having hired I3 Ventures but stringently denied that I3 Ventures had any link to the social media accounts that have emitted negative stories about Messi, Pique and Guardiola among others.

The statement claimed all ties will be cut with the company if any links are proved too. 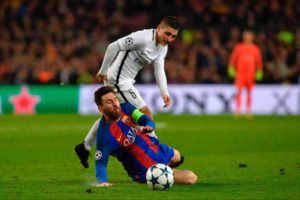 I3 Ventures also issued a statement in which it said it was not true that they were the authors of various channels in social media – ‘Justicia y dialogo en el deporte’, ‘Alter Sports’, ‘Jaume un film de terror’, ‘Respeto y deporte’, ‘Mes que un club’ – behind the negative coverage of some of the club’s biggest names.

Bartomeu and his board of directors resigned in October amid fallout from the controversy surrounding Messi last summer. Bartomeu was at the centre of Messi’s criticisms when the Argentine announced his shock transfer request to Barcelona.

The Barcelona captain revealed the president did not keep his word about letting him leave the club if he wanted to, as the 33-year-old tried to move on a free transfer due to a clause in his contract.

The scandal adds to Barca’s woes with club mired in political turmoil and debt prompted by the coronavirus pandemic.

The operation comes less than a week before presidential elections are to be held at the club. 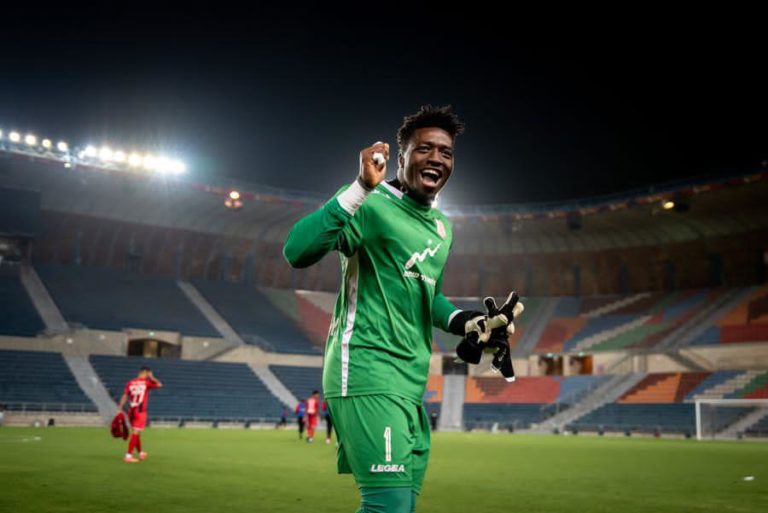 Lai Mohammed says N15bn donated by private companies cannot be shared to Nigerians Nigeria’s Minister of Information Lai Mohammed has given an explanation why the President Muhammadu Buhari led administration cannot donate the money private companies and individuals have donated for the country to fight the deadly Coronavirus outbreak. In a statement the Minister explained… 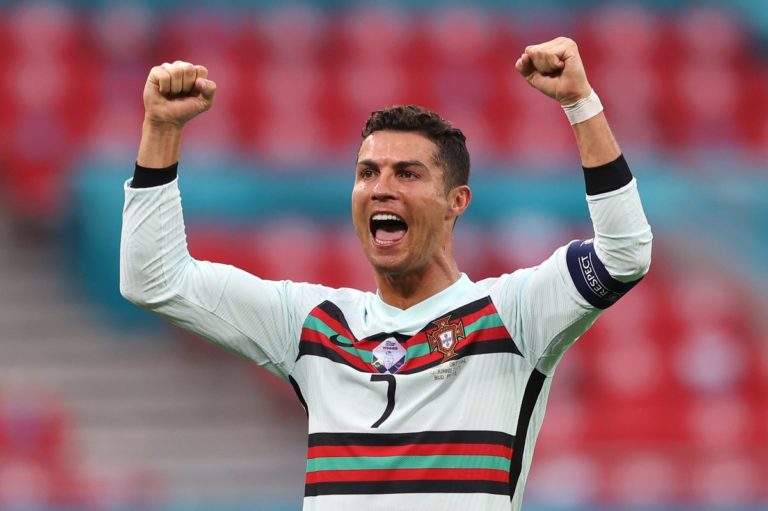 Cristiano Ronaldo‘s removal of two Coca-Cola bottles at a Euro 2020 news conference coincided with a $4 billion drop in the market value of the American drink giant. The Portugal captain was visibly troubled when he saw two bottles of the carbonated soft drink in front of him as he sat down to speak to the media on Monday… 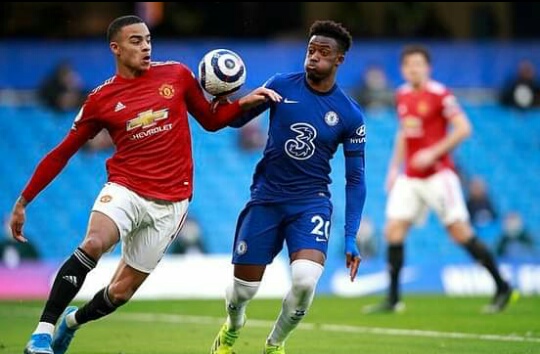 Clattenburg: Referee robbed Man United of valid penalty claim Former Premier League referee Mark Clattenburg is convinced Manchester United should have been given a penalty in Sunday’s 0-0 draw against homers Chelsea at Stamford Bridge. Callum Hudson-Odoi challenged for a loose ball with Mason Greenwood and the ball bounced up to touch the youngster’s hand…. 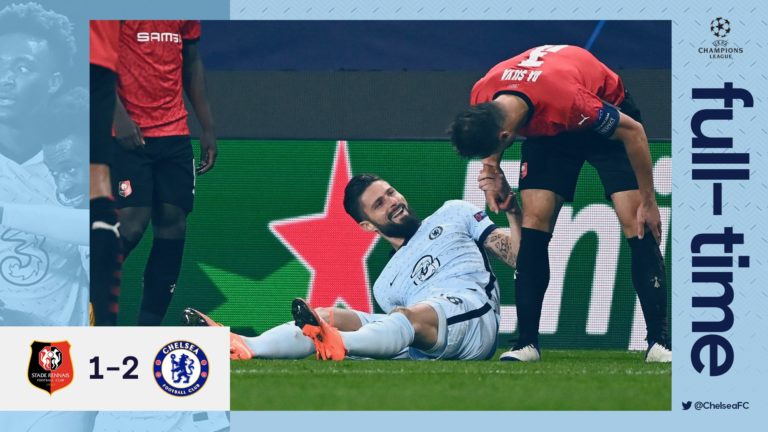 3 things we learned as Chelsea beat Rennes 2-1 Premier League giants Chelsea recorded a 2-1 away win against French Ligue 1 side Rennes in their fourth Champions League group stage encounter played on Tuesday, November 24th. Chelsea went ahead in the 22nd minute when Callum Hudson-Odoi converted a ball through to him by Mason Mount…. 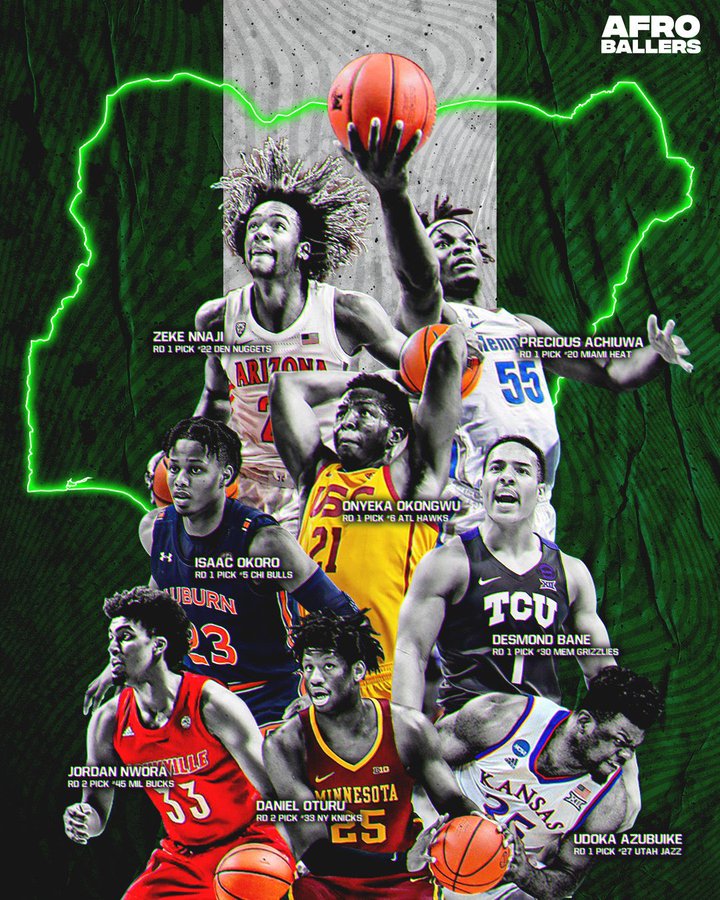 See the 8 Nigerian born players that were selected in the 2020 NBA Draft The 2020 National Basketball Association (NBA) draft was held virtually in the early hours of Thursday, November 19th. The draft was historic for Nigeria as eight players from the country were selected. Two players were born in Nigeria, three had both…