There is news about Super Eagles midfielder Frank Onyeka.

The deal was confirmed on Tuesday, July 20th

He is expected to sign for five years from FC Midtjylland. 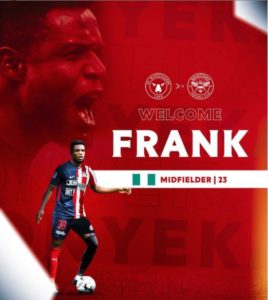 A statement by Brentford said, “Brentford have completed the signing of Nigeria international midfield player Frank Onyeka, subject to international clearance. A work permit for the 23-year-old was received at the weekend and he has completed a medical.

Frank will join from FC Midtjylland, where Brentford FC Owner Matthew Benham has the majority shareholding, for an undisclosed fee and has signed a five-year contract. He arrived in the UK yesterday, Monday 19 July, and will now undergo a period of quarantine before joining with the squad for training.” 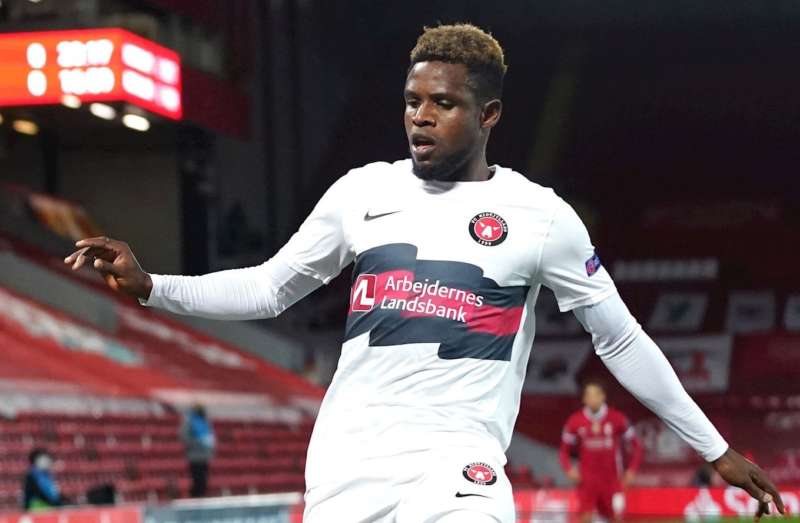 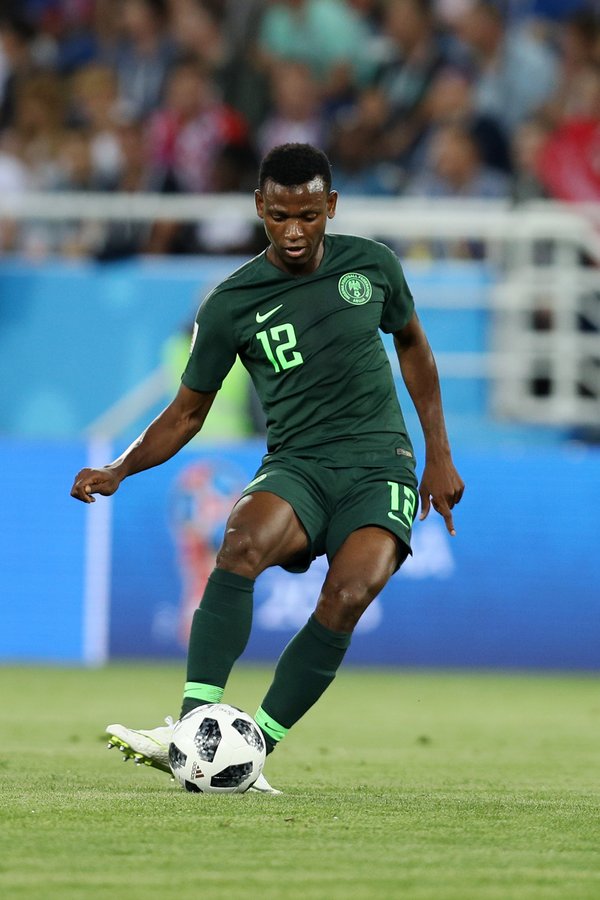 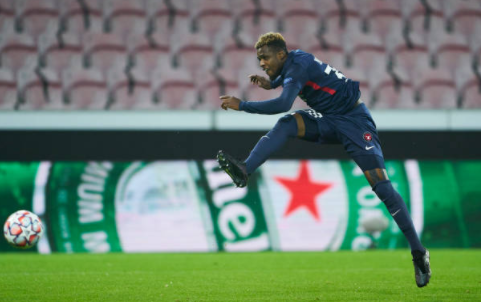 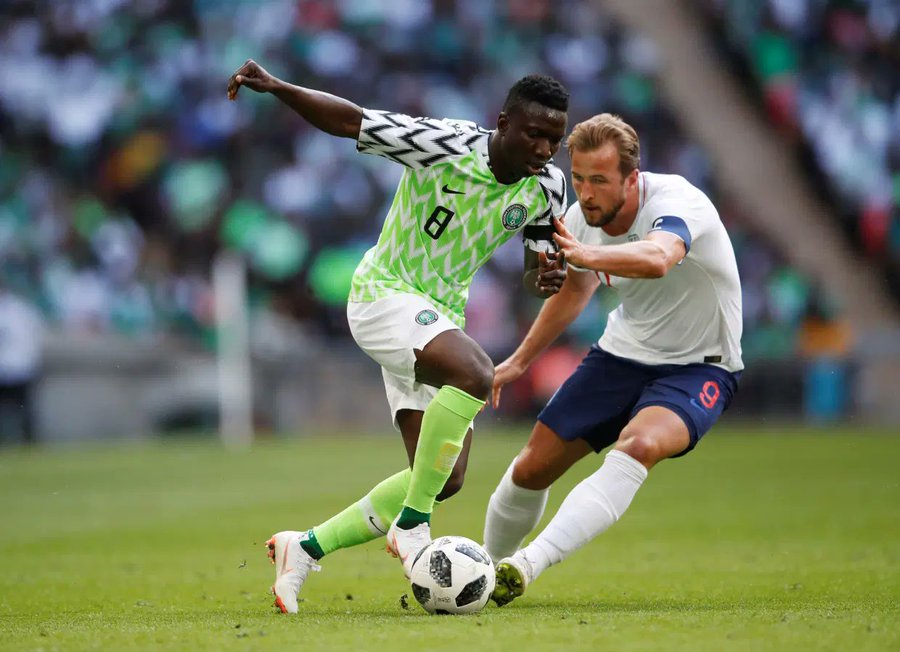 Advertisement Super Eagles midfielder, Oghenekaro Etebo is on the verge of completing another loan move to newly-promoted Premier League side Watford. The former Getafe midfielder… 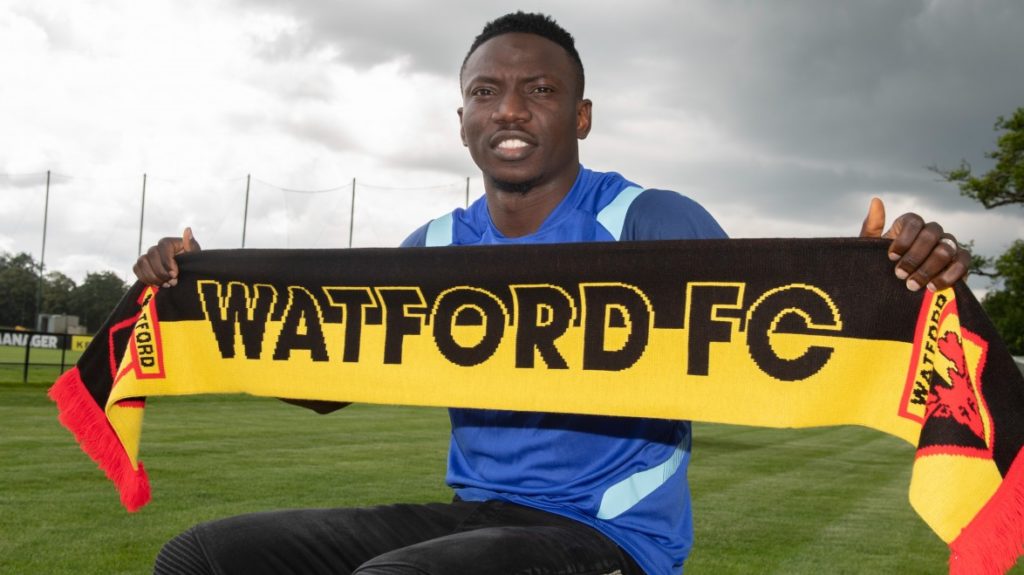 Advertisement Premier League returnees, Watford FC aka The Hornets have confirmed the signing of Super Eagles box to box midfielder, Oghenekaro Etebo on loan from…