Super Eagles midfielder Oghenekaro Etebo was on target for Getafe against Eibar in a Spanish La Liga encounter played on Saturday, June 20. 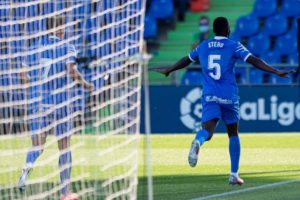 Etebo put Getafe in front in the 30th minute from an assist by Angel Rodriguez.

Eibar equalized through Charles who converted a ball through to him by Sergi Enrich in the 45th minute.

The game ended in a 1-1 draw as Getafe dropped points in their race for the Champions League.

Etebo took to his official Twitter account to celebrate his first goal for Getafe. He said, “Happy to get my first Goal @GetafeCF heads up we go again lads.”

Happy to get my first Goal @GetafeCF heads up we go again lads 🔵🔵 pic.twitter.com/OnUbXSEk5k 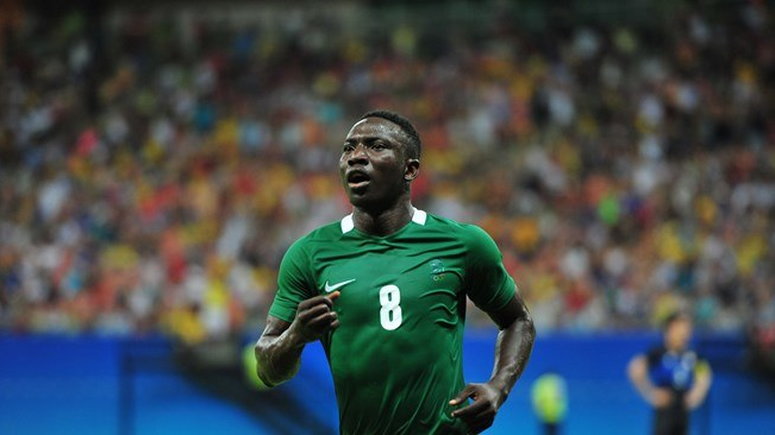 It was one of the most dramatic and enthralling matches i.e football event at the Rio Olympics in 2016 but Oghenekaro Etebo stole the show… 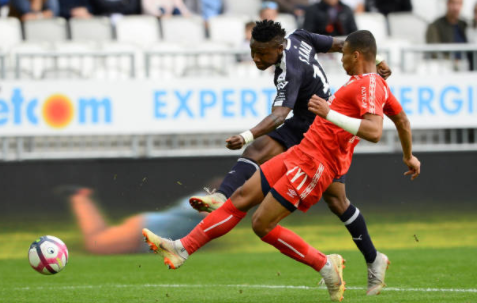