U.S. Cremonese announces that it has definitively acquired the right to Cyriel Dessers’ sports performances from KRC Genk.

Born in Tongeren (Belgium) on 8 December 1994, a forward, Cyriel Dessers is the top scorer of the 2021/22 edition of the Conference League thanks to the 10 goals he scored with the Feyenoord shirt, where he played on loan for a season.

Growing up in Oud Heverlee and moving to Lokeren, Cyriel Dessers made a name for himself with Breda, the Dutch side with whom he scored 29 goals in 40 second division appearances.

With a Belgian passport and a naturalized Nigerian with the national team of the African country, he has so far collected 3 appearances with a go 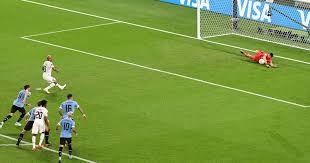