Ben Shapiro’s wife is Mor Shapiro. In this post, we shall tell you all you need to know about her. You will learn about her background, education, net worth among other vital details about her.

Ben Shapiro and Mor Shapiro are an interesting mix – Ben is  a conservative political commentator, media host and lawyer while his wife Mor is fascinated with medicine, working with the Family Medicine Residency Program at Kaiser Foundation Hospital in Fontana, California after getting her MD degree from David Geffen School of Medicine at UCLA. Her sphere is women’s health, resident education and behavioural health.

When did Shapiro marry?

Mor and Ben Shapiro got married a 14 years ago after dating for only four months when
Shapiro’s younger sister introduced her brother to Mor.

“It seems quick, but as cliché as it sounds, when you know it’s right, you just know,” Mor, a psychobiology major at UCLA at the time, said. “I used to tell myself that I would only get married once I graduated. After I met Ben, I soon realized this was an arbitrary deadline I had set for myself.”

At their wedding, Ben’s dad wrote the processional song, which turned out to be emotional to the guests

At fifth grade, his arithmetic level was so high that his parents enrolled him into a school with a program for highly gifted children.
Ben started writing his first novels at age seven, and at age 12, he started writing political articles. Shapiro skipped ninth grade, and started high school at the sophomore level.

He joined University of California Los Angeles after graduating from high school. From UCLA, Shapiro went to Harvard Law School, and graduated with high marks. Shapiro now runs an independent legal practice, but the articles he wrote in university still draw widespread praise.

A devoted couple with family values, Mor and Ben Shapiro have 2 kids, a daughter named Leeya Eliana Shapiro born in 2014 and son who was born in 2016. Ben wrote a letter to his firstborn saying: “After Mommy and Daddy prayed very hard to Hashem to give them a healthy little baby, God answered them: Eliana. So your first name is about your relationship with God, and your middle name is about how thankful we are for you.”

As a child, Leeya needed open heart surgery and it was done at the Children’s Hospital in L.A by the same doctor who performed surgery on Jimmy Kimmel’s son. She had been born with a congenital heart defect which was termed as atrial septal defect. 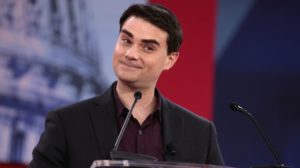 — A proud husband, Ben Shapiro raises his wife up as a standard for what feminism ought to be. He once wrote about Mor: “My wife (who, it is rumoured, is a doctor) stayed up all night with my five-year-old because my girl has a brutal cough due to flu (tonight is my turn). My wife then got up and went to work to care for her patients. That’s feminism. Not murdering babies outside the womb.” In another piece, for Newsweek magazine, Ben wrote: “Early in our marriage, my wife was still in college at UCLA, and I was interested in taking a job in New York; she dutifully offered to transfer to a college across the country. When she applied to medical school across the country; I offered to move my job.”

Mor returns the compliment for her husband: “[Ben] is very understanding and selfless when it comes to school and my other activities,” she said shortly before their marriage. “I’m the same way with all he does.”

— Highly religious couple, Mor is believed to have never dated a non-jewish man. Marrying someone who is also Jewish, specifically Orthodox, was an important factor for the former Mor Toledano, who taught Hebrew and Judaica at the University Synagogue Sunday School in Los Angeles.
In a blog post following their marriage, Ben wrote: “I got married last week… I am 24 years old. My wife is 20. Together we plan, with the help of God, on having healthy, happy, freedom-loving children who will grow up with the security provided by the armed guard.”

“It is very important to me to marry someone with the same value systems and practices because being Orthodox is not just in my beliefs, it’s also a lifestyle,” Mor said. Fortunately for her, Shapiro is also Orthodox so it was, as they say, a match made in heaven.

Ben Shapiro wife, Mor Shapiro has African (Moroccan) roots. Her parents emigrated from Morocco many years ago, but the lady was born in 1988 in Herzliya, Israel and moved to Sacramento, California at the age of twelve.

— Mor Shapiro has singing skills and was a member of an Accapella group at her medical school. Though Ben’s wife is not a public personality, and you will not find her on Instagram or Facebook, but despite being a less public personality in comparison with her husband, Mor also leads an active life and earns her living. With her lifestyle, she proves that fame and success are not intertwined, and besides, her profession is really respectable and no less meaningful as Ben Shapiro’s.

— Happy camper, Ben Shapiro considers himself very blunt and doesn’t care who’s hurt by that disposition so, naturally, he’s always a target for malevolent attacks. An outspoken and opinionated man, some of his opinions do not sit right with some people. When Shapiro and his family received threats, Ben filed a report with the Los Angeles Police Department, and the matter was taken up by the FBI. The matter was quickly resolved by law enforcement. Ben tweeted, “Thanks to local and federal law enforcement for their quick and hard work here. Stay safe out there, everyone!”

— Accomplished author. Ben Shapiro has published several books to his credit since his first, Brainwashed: How Universities Indoctrinate America’s Youth in 2004. Seven years later, in 2011, HarperCollins published Shapiro’s fourth book, Primetime Propaganda: The True Hollywood Story of How the Left Took Over Your TV, in which Shapiro argues that Hollywood has a left-wing agenda that it actively promotes through prime-time entertainment programming. In 2013, Threshold Editions published Shapiro’s fifth book, Bullies: How the Left’s Culture of Fear and Intimidation Silences Americans and in 2019, Shapiro published the book The Right Side of History: How Reason and Moral Purpose Made the West Great which focuses on the importance of Judeo-Christian values and laments the decline of those values in modern America.B

Ben Shapiro publicly announced his intent to relocate. The Daily Wire — the popular media organization he co-founded in 2015 — and his family from Los Angeles to Nashville, Tennessee, a place more in line with the conservative political commentator’s ideological views. And it appears Shapiro has wasted little time in making good on that promise, too; his historic home in L.A.’s San Fernando Valley neighborhood has popped up for sale, asking just under $2.9 million. With his longtime wife Dr. Mor Shapiro, a Woodland Hills-based family medicine doctor, the L.A. native paid about $1.7 million for the property in 2015. 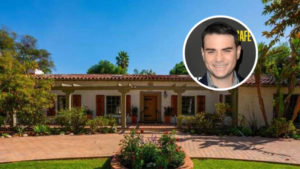 Mor Shapiro age is 34 years old. She stands on a height of 5 feet 4 inches. Ben Shapiro wife weighs around 62 Kg or 134 lbs. Her body measurements are 36-30-37 inches. She wears a bra cup size of 34 B. She praised for her amazing figure as well. Her body is her greatest asset. She keeps fit by exercising regularly. Her eye color is blue and has dark brown colored hair as well. She is a fitness freak as well and maintains her figure and hair by adding more green and healthy vegetables in her daily diet regime.

Ben Shapiro wife is very passionate about in learning about the mind-body relationship, which led her to major in psycho biology as an undergraduate at the University of California, Los Angeles.

Following graduation, she researched on developmental neuroscience for two years at UCLA, using fMRI to study the effects of early life adversity on childhood brain development. She then entered UCLA’s School of Medicine, also known as the David Geffen School of Medicine, to earn her MD degree. While studying at medical school, she worked as a Clinical Skills Instructor. Mor, who is now a successful medical practitioner, gained media attention following her marriage to Ben Shapiro in, 2008.

Ben Shapiro wife, Mor Shapiro is said to be worth between $500,000 and $1m primarily from her medical income and her wealthy family background. Currently, she is very focused on her career. She receives an annual salary of around $294,000 a year as well.

Who is Shapiro sister?

Abigail Shapiro is Ben Shapiro’s sister. She is an opera singer and the owner of the “Classically Abby” YouTube channel. Abigail Shapiro has been the target of antisemitic remarks as a result of her brother’s public persona and, presumably, his rather contentious views on public issues

Ben Shapiro’s wife does not have an Instagram account or a Twitter account. Mor Shapiro looks to be a reserved person who avoids sharing personal information about herself and her family on social media. Ben Shapiro, on the other hand, has over 3 million Instagram followers.