There is news about the face of boxing Canelo Saul Alvarez.

In the early hours of Sunday, February 28th Saul ‘Canelo’ Alvarez battered Avni Yildirim for a straightforward third-round stoppage of his mandatory challenger.

Canelo was convincing at the home of the Miami Dolphins in front of 12,000 fans.

The win cements his status as the world’s No 1 pound-for-pound boxer and he retained his WBA and WBC super-middleweight titles. 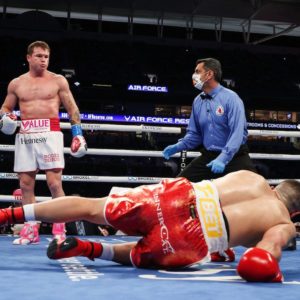 On May 8, Canelo will fight WBO titleholder Billy Joe Saunders in a unification bout.