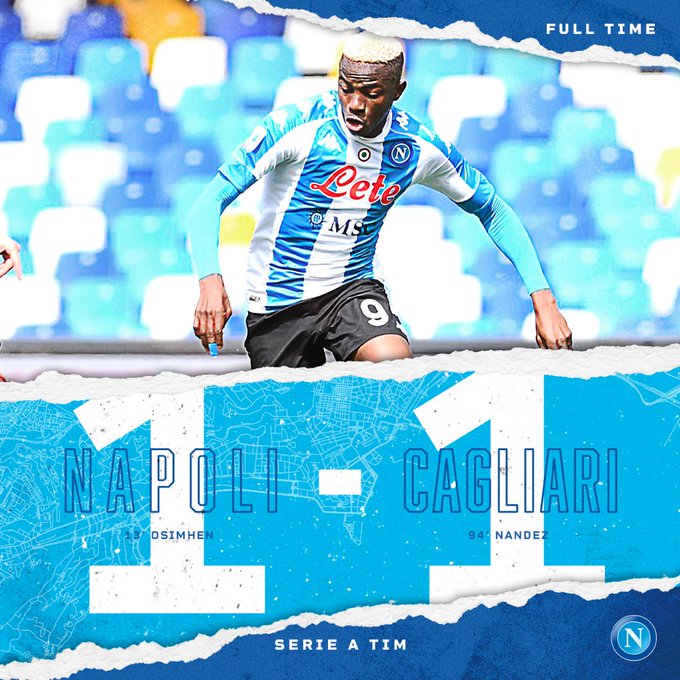 There is news about Super Eagles of Nigeria striker Victor Osimhen.

Osimhen was on target as Napoli were held to a 1-1 draw at home by Cagliari in an Italian Serie A fixture played on Sunday, May 2nd.

Victor Osimhen opened the goals when he converted a ball by Lorenzo Insigne in the 13th minute to give Napoli the lead which they maintained till the halftime break.

There were chances for both sides n the second half, but in the 90th minute Cagliari equalised when Nahitan Nandez converted a ball by Alfred Duncan. 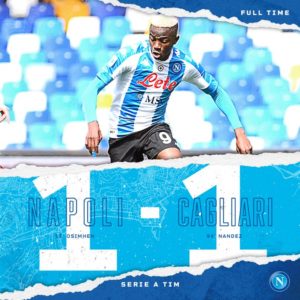 Napoli would drop points in the race for Champions League football next season.

Watch Osimhen score for Napoli against Cagliari below 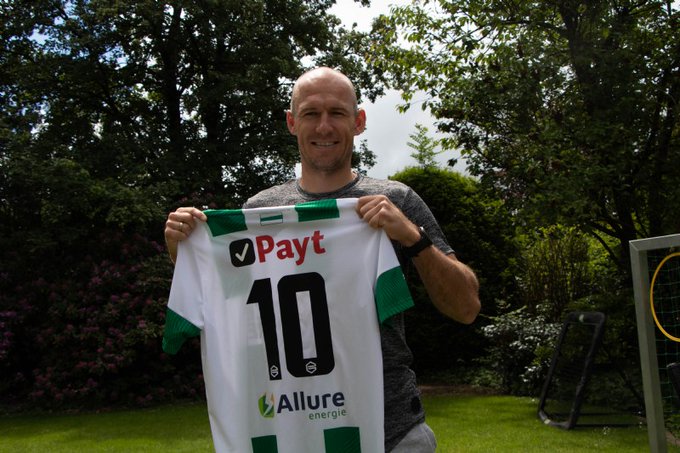 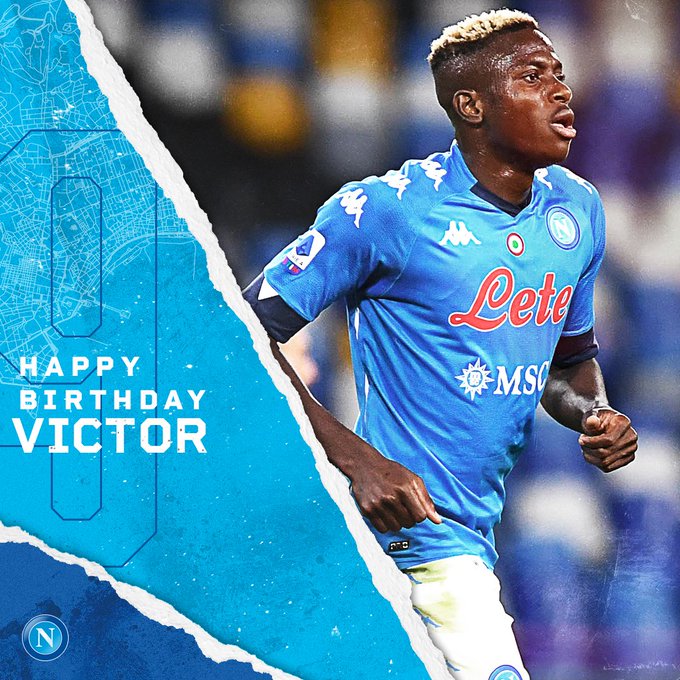 Advertisement Napoli, Lille and NFF celebrate Victor Osimhen at 22 Nigerian professional footballer Victor James Osimhen turns 22-year-old. Advertisement Osimhen was born in Lagos on the 29th of December 1998. The Nigerian striker has been celebrated by his team Italian Serie A giants Napoli. Advertisement Also the Nigeria Football Federation (NFF) and his former side French… 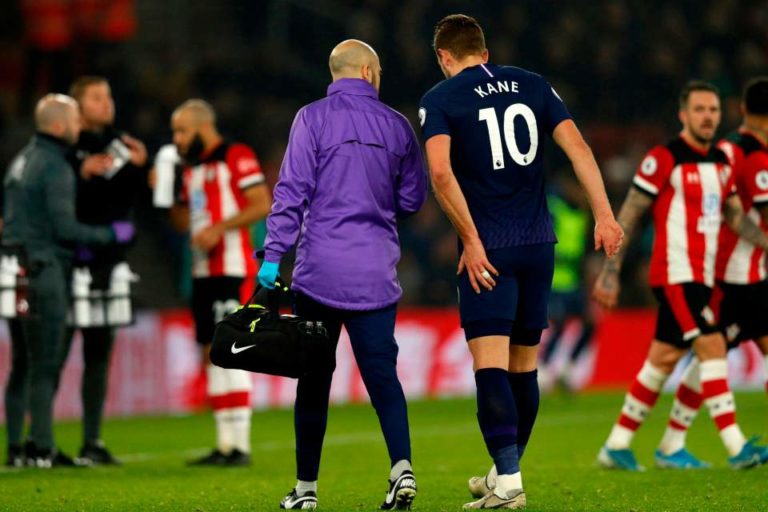 Advertisement Tottenham vs Arsenal: Harry Kane doubtful for North London derby Tottenham Hotspur striker Harry Kane is an injury concern ahead of Sunday’s North London derby against Arsenal after missing training on Wednesday. Advertisement The Spurs captain along with Sergio Reguilon, Carlos Vinicius and Erik Lamela were not pictured in training ahead of their Europa… 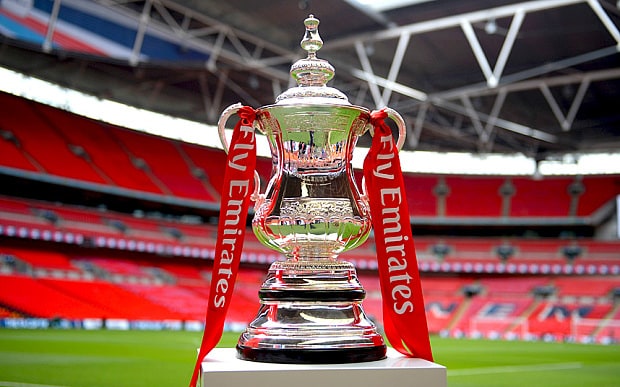 Advertisement Manchester United square up against Derby County in the fifth round of the Emirates FA Cup at Pride Park tomorrow but one of the major talking points is two former Manchester United’s players who will be facing off tomorrow; one as a coach and the other; a player for the home side. Wayne Rooney… 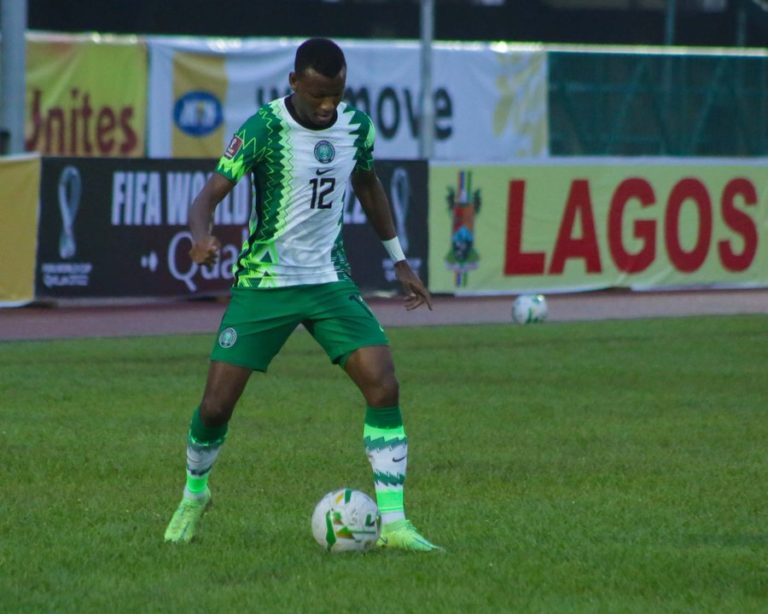 Advertisement Omonia Nicosia star Abdullahi Shehu has emerged as an injury worry for interim Super Eagles coach Augustine Eguavoen ahead of the 2021 Africa Cup of Nations. The versatile right-back suffered an injury during the first half of Omonia Nicosia’s 4-2 loss to city rivals APOEL on Boxing Day, leading to his replacement by Paris…