After the conclusion of the group rounds, former European champions AC Milan and Manchester United were odds-on favourites to lift the Europa League but with the draws which pitted both of them together and subsequent elimination of Milan, Arsenal are now bookmakers favourites to reach the May 26 final in Gdansk, Poland. 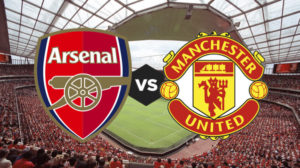 Last Friday’s draw has kept the dream of a second all-English final in two years possible by keeping both teams apart until the final.

As it is, if Man United overcome Spain’s Granada and get the better of the winner between Ajax and AS Roma then they would meet Arsenal in the final provided the Gunners overcome quarter-final opponents Slavia Prague and then decision the winner of the tie between Villarreal and Dinamo Zagreb.

If this happens, here are five reasons why an Arsenal versus Manchester United final will be a fitting end to the Europa League season… 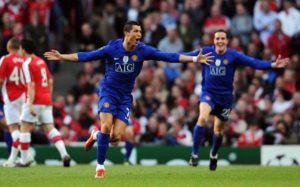 For all their storied history, both teams have met only twice in Europe. On that occasion in 2009, Manchester United won home and away to get to the final of the Champions League. Since then Arsenal did not get to the later stages of any of Europe’s competitions until 2019 when they lost to London rivals Chelsea in the 2019 Europa League final. Should they make the final against United, Arsenal will want to make amends for that Champions League loss 12 years ago.

Managers looking to make their marks: 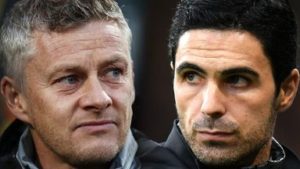 In a way, the trajectory of both managers’ careers and circumstances appear similar. Young and without massive prior experience befitting of the clubs they manage, Mikel Arteta and Ole Gunnar Solksjaer are still finding their feet among the game’s greats. Even though Ole is regarded as a club legend having won a clutch of medals as a player, he’s yet to win anything as manager and same goes for Mikel Arteta who would like to add to his solitary FA Cup medal (if you discounted the Community Shield) as manager. Winning the Europa League will be a massive statement for either manager. 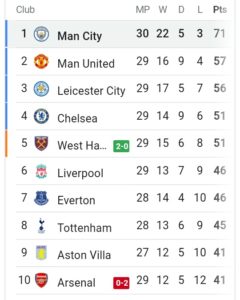 With leaders Manchester City having practically sewn up the title after opening a 14-point gap with just eight games left to play, the rest of the field is left to struggle for the crumbs. Second-place United, with 57 points and 10 games is in with a chance of Champions League football next season if they can keep the rest of the chasing pack at bay but Arsenal, a massive 16 points behind them in 10th place are all but out of Europe so their only chance of silverware and way back to Europe is via victory in the Europa League.

Head-to-head this season: Both teams have met twice this season and Arsenal have had the upper hand, taking four points off their rivals. At the Old Trafford last November, a 69th minute Pierre-Emerick Aubameyang penalty was enough to nick all three points and the Red Devils were forced to a 0-0 draw at the Emirates in January. So with a draw and defeat in two games, meeting in the Europa League final could be the decider for both teams. It becomes even juicier with a trophy at stake. 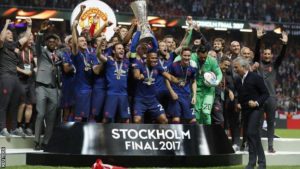 Europa League pedigree: United are 2017 winners, defeating Ajax Amsterdam 2-0 to add to a bulging trophy cabinet. Arsenal, on the other hand, were crushed 4-1 in 2019 by Chelsea. It is the third time after 2001 and 2006 that Arsenal are losing a European cup final. If they get to Gdansk, Poland and win, they would have erased a very painful record. Doing it against their rivals makes it extra sweet.