Why Osimhen will not start Napoli’s league opener on Sunday

Coach Gennaro Gattuso will reportedly leave Victor Osimhen on the bench to begin with in Napoli’s Serie A season opener with Parma.

The coach was expected to test out his starting XI during a friendly against Sporting CP last Sunday, but that was cancelled at the last minute after the Portuguese team had several COVID-19 positive tests.

According to Radio Kiss Kiss, Napoli will initially leave record-breaking signing Osimhen on the bench against Parma on Sunday.

Instead, it will be a classic 4-3-3 formation with Dries Mertens flanked by Matteo Politano and Lorenzo Insigne.

Osimhen requires more of a 4-2-3-1 system with more players fanning out in support of the Nigerian striker. 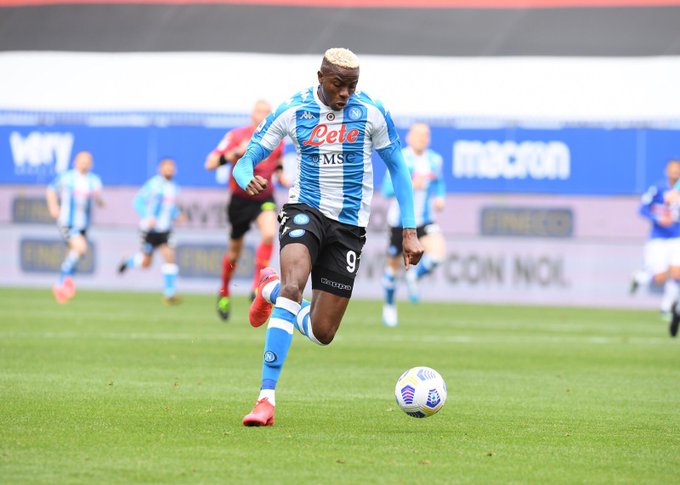