Why there is no reason to sack Gernot Rohr – NFF President, Amaju Pinnick.

President of Nigeria Football Federation, Amaju Pinnick believes that there is no reason to sack the coach of the Super Eagles, Gernot Rohr.

The Franco-German tactician came under severe criticism. on the back of his recent poor performances as well as the failure of the team to secure maximum points against Sierra-Leone during the recent AFCON 2022 qualifiers.

The Sports Minister, Mr Sunday Dare also questioned the competency of the 67-year-old after a series of poor performances by the team.

However, while Amaju Pinnick admitted that Nigerians are not happy with the recent results the team, he insists that there is no reason to lay-off the Rohr who just signed a two-year contract extension.

“Nobody is happy about what happened against Sierra Leone in both matches.”

“But it is not enough to sack the coach because his team is still top of the Nations Cup group after four matches.”

“His statistics speak volume for him, so on what indexes do we want to sack him considering the contract recently signed by both parties.

“No matter how emotional and disappointed the fans are, there’s no basis to sack him now and he deserves to keep his job.

“When you look at his performance, where he has won 29 matches, drew 14 and lost 10, you can say that is enough to back him.

“Yes, the performance in the last two games has not gone down well with some people, but we need to be professional, honest and respectful in how we analyse things.”

Despite the draw against Sierra-Leone both home and away, the Super Eagles remain top of Group L with 8 points.

The next round of AFCON 2022 qualifiers will be in March 2021 where the Super Eagles will take on the Squirrels of Benin and Crocodiles of Lesotho. 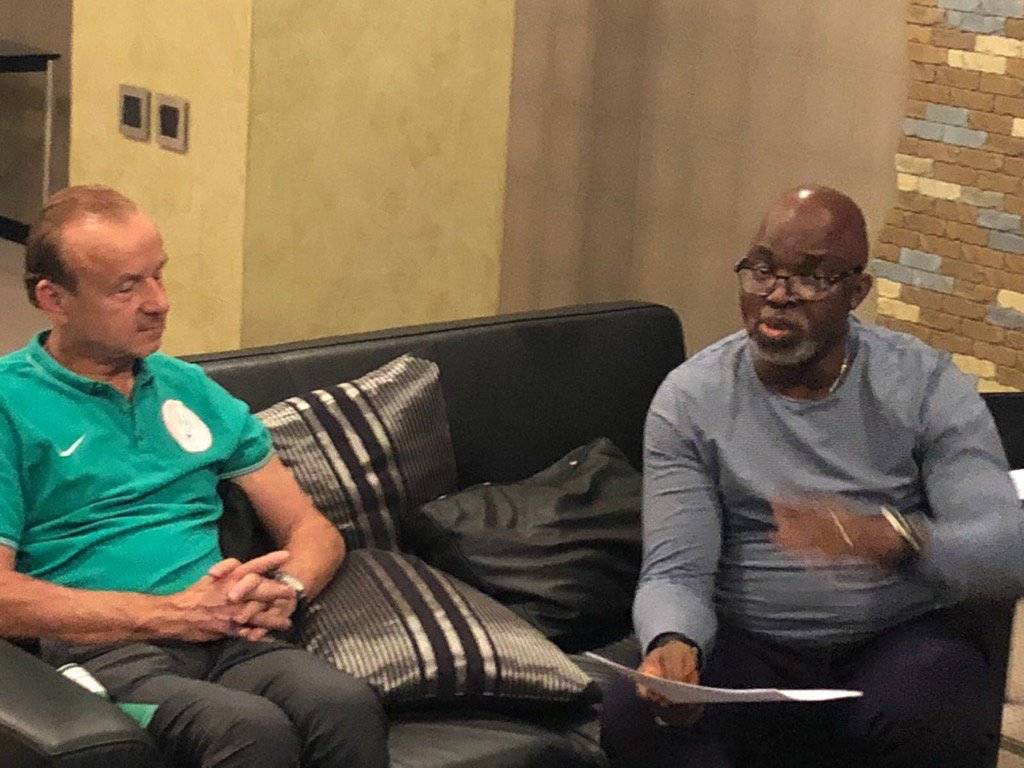 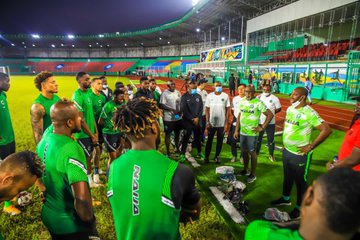