The four games featured eight teams, four games, two each from the Western and Eastern conferences.

The Los Angeles Lakers recorded a 111-88 over the Portland Trailblazers. 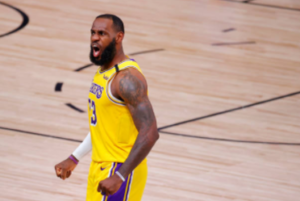 The Houston Rockets recorded a 111-98 win against the Oklahoma City Thunder to also take a 2-0 lead.

The Milwaukee Bucks recorded a 111-96 win against the Orlando Magic to tie the series at 1-1.

Anthony Davis tallies 31 PTS, 11 REB in three quarters of action, lifting the @Lakers as they tie the series at 1 game apiece! #NBAPlayoffs