Arsenal recorded a 3-1 win against Chelsea in a Premier League encounter played on Saturday, December 26th.

Alexander Lacazette, Granit Xhaka and Bukayo Saka scored for Arsenal while Tammy Abraham pulled one back for Chelsea.

Jorginho missed a penalty as Arsenal held on for the win on Boxing Day. 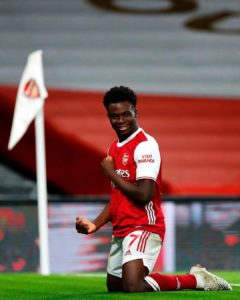 Timo Werner has now failed to score in his last 10 games in all competitions, his longest drought since a run of 12 matches between March and September 2016 across spells at Stuttgart and RB Leipzig.

Alexandre Lacazette is Arsenal’s top scorer in all competitions this season, with this their first penalty goal against Chelsea i the Premier League since May 2007 (Gilberto Silva). Spotted.

Arsenal have now won each of their last 10 home Premier League matches on Boxing Day, the second-best run in the competition’s history after Manchester United won 12 in a row between 1997 and 2016.