Ahmed Musa to play for free at NPFL side Kano Pillars

There is news about Super Eagles of Nigeria captain Ahmed Musa.

According to the latest report, Musa will not be paid to play for Kano Pillars.

Chairman of the League Management Company (LMC), Shehu Dikko explains that Musa signed for under the Elite Players Program.

He said in a report by ESPN, “We spoke to him about coming back home to play, and as someone who is always ready to give back, he did not hesitate.” 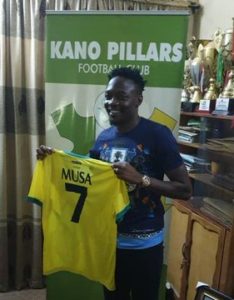 “Once the agreement was signed, the choice of which club to play for was up to him. A number of clubs wanted him. We put everything in front of him and he made the decision to go to Kano Pillars.”

“We didn’t speak much about it. Musa is someone who is more concerned about giving back to the club that made him and he is not coming here to do this for money. He is not getting paid for playing for Pillars. That is the kind of person he is,” Dikko said.