Drew Grant is a Writer, Producer, Blogger, Editor, and Journalist. On her bio with Forbes, she stated that “I spent the last six years at The New York Observer as A&E Editor. I’ve written for Maxim, Cosmopolitan, Decider, and RealClearLife.com among others.”

Drew Grant obtained a Bachelor of Arts degree, majoring in English Language and Literature from the Oberlin College in Ohio where she graduated in 2006. After her graduation, Drew Grant started working in 2007 at 236.com, a sister site of Huffington Post she began her career in media as a pop culture editorial assistant. 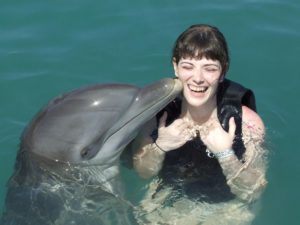 Grant while at Nerve later changed its name to Alloy and became an online magazine for women as it formerly an online news outlet that exclusively reported on pop culture.
Grant became a pop culture writer at Salon Media Group In February 2011. She worked for Salon for seven months at the company’s New York office.

She set up the now-defunct blog named tvDownload. The blog was active until 2015. she posted reviews of episodes of different television shows and series on the blog before it closed down.

Grant joined New York Observer as a staff writer In September 2011. rose through the ranks to become the arts and entertainment editor being a talented journalist. She left the publication in 2017 after almost six years with the New York Observer. 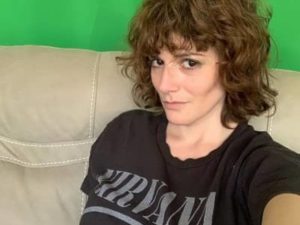 Drew Grant then took up the role of Managing Editor for RealClear Media Group when she moved to Los Angeles in November 2017. That did not last long as she left in April 2018. in May 2018, Grant began working at Ranker. At the same time working as a writer for Forbes which last for six months.

Drew Grant has hosted several pop culture podcasts such as Hypecast, where she is known as Videodrew, Movie Trivia Schmoedown, and PodDamnAmerica. Drew is a brilliant fiction writer in addition to being a great journalist. She is also a well-known editor, critic and freelance writer who has contributed to entertainment news and various fashion news outlets such as The Toast, Jezebel, AV Club, Maxim, Cosmopolitan, Forbes, and Bunny Ears.

She has written fiction about well-known actors such as Charlie Sheen and James Franco. She began writing fiction while working at Salon.com. A piece about Bret Easton is One of Drew’s most prominent fiction pieces. Drew Grant was featured in an episode of Law and Order: Special Victim Units which is her one acting credit.

Grant is also a satirist and Some of her work includes a fanfiction series “Baby-Sitters’ Club’ by Bret Easton Ellis. Drew Grant worked as a Senior Editor at Collider till December 2018 Before began working as a freelance writer. She currently works as an on-air personality and as an Entertainment Consultant using the name Videodrew for Movie Trivia Schmoedown 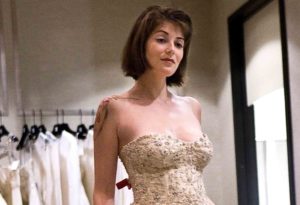 Drew walked down the aisle to become Ari Melber wife In 2014. their marriage ended in 2017. Drew Grant has moved on and is currently in a relationship with Richard Alexander who is a photographer. after she got divorced from her husband of three years, Ari Melber she began dating Richard Alexander in 2017. There is no information available about the early life and his parents.

Her former husband Ari Melber has a net worth of $4 million. Drew Grant is on Twitter as @videodrew. her social media page is a good platform to get recent photos.

Drew Grant’s net worth is estimated at $500,000. She was born in New York City and later she moved with her family to Delaware. Grant is in a relationship with Richard Alexander but married Ari Melber.

There is no information is available about her sibling. Her father’s and her mother’s name is not known. Drew Grant is a talented journalist who has worked with some of the biggest publications in the world. 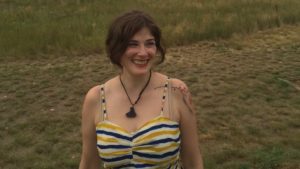 The search for Drew Grant comes from the fact that she is a high profile established journalist who has risen to the pinnacle of her profession. Also, Drew Grant being a woman who was divorced increases the attention she is receiving and her popularity has over time sky-rocketed. Another reason people want to know more about Drew Grant is because of her work, she is diverse and multi-talented being able to excel in various fields.

Drew Grant has been one of the pioneers who dictate pop culture trends and movement. Over a decade she has been in the forefront of influencing the minds of youths on the trends and has hence gained a lot of clout as a result with her opinion about a pop culture very important to stakeholders based on her wealth of experience which has been accumulated over the years getting connections and other remarkable exaltation at the various places she has worked for over the years based on her numerous skills and informed opinion.

Drew Grant has a transition in her delivery of opinion. She started off, she was a writer who spread her opinions about pop culture, fashion, and movies on several platforms. She provided content that was meaningful and insightful but nowadays she is more into the delivery of content through podcasts which in turn has grown her popularity and brand overall.