The only goal of the game was scored in the 59th minute through Benjamin Pavard. 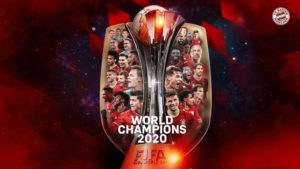