UK-based Chuks Akuneto is the brain behind Next Steps Football Coaching, a bespoke personal improvement and fitness training outfit which has helped to develop countless professional, semi-professional and grassroots players of all ages. Akuneto counts Manchester United star Odion Ighalo among his growing clientele which also includes Tom and Fisayo Dele-bashiru of Watford and Sheffield Wednesday respectively. 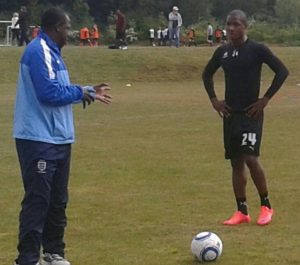 In this exclusive interview with www.naijasuperfans.com, Akuneto talks about his mission, relationship with Ighalo and plans for the future.

How does your arrangement with these players work? Do you take them on as individual clients like a coaching school on request or is Next Steps an academy of sorts? 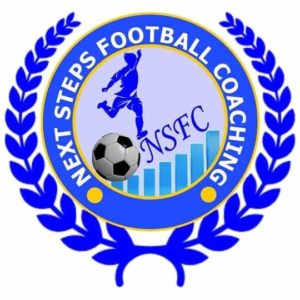 Next Steps Football Coaching is now a sort of formalizing what I’d been doing informally before by making it a business now. This way I can afford to take on many more people because I’ve had to turn down many before now. They’re in different age groups, boys and girls, and I’m actually proud that everyone who’s come through me I’ve helped to become better at their game.

Obviously you’ve had to make specific training modules for each person who’s passed through you since their needs are different. So what has been your experience with all of these players since its not a regular coaching job, considering their different ages and background?

All of them, or at least a greater percentage of them, have been very well-behaved when they get to me. It is hard, time consuming and tests your ability to be patient. Like I said, it is time consuming because I have to plan around all the other things that I do. I video tape each session and we do analysis together and I also send it to their parents with a report so that they can actually see what we are doing. Whether it is a one-on-one, small group or larger group sessions, there’s always something for each player. I have a club manager that sent all his strikers to me to help identify their problems and offer a solution. So I do group trainings too but the caveat is that the group must be from the same unit in a team. For example, I work with all of your strikers or midfielders.

How did you get involved with Odion Ighalo. Did he come to seek for your services or were you recommended to him by someone?

When he was at Watford, I met him through someone that was representing him. At the end of the season when he was invited to play for the Super Eagles against Chad in 2015, his representative who knew me as a coach and that I also played football extensively asked me if I could help Ighalo maintain his fitness because he was going to the Eagles camp soon afterwards. I said okay and we started working together. I stumbled upon some of the areas he needed to work on so I had a conversation with him. He was surprised that I knew that by merely training with him and actually agreed that we should work together to fix that. He was impressed with the output and ever since then we have always worked together. Even when he left for China, anytime he’s in the UK, he comes to me and we work together for two or three days. He would send me his videos from China and I would advice on what he needed to work on. When he came back to England and was to join Manchester United, he had the opportunity to train for full two weeks before signing for United. Now, I have tickets for home games at Old Trafford everytime he plays at home, I go to watch him and take notes about what he did and what needed to be corrected. For away games, I watch on television and take notes too. So Odion and I get along pretty well.

Apart from Ighalo, are there any other professional players you work with or he’s just the only one?

On the contrary, like I said before, this has been going on long before Ighalo and I have a long list of professional players I work with. There’s Isaac Success and Tom Dele-Bashiru at Watford, Fisayo Dele-Bashiru who just signed at Sheffield Wednesday, Tunde Owolabi and Justin Johnson who signed this week Hamilton Academicals of Scotland. There are also Festus Arthur, Alioski and Rassambek Akhmatov among many others.

I work with other professional players even from outside the UK, people who want to work with me.

How big are you planning for Next Steps Football Coaching to become and what are your mission and vision few years down the road?

Next Steps Football Coaching is an organisation designed to actually help people with specific problems. In a club with 20 or more players, individuals suffer because the focus is on the team and this may be detrimental to the individual. My desire is to help as many people as possible to reach their potential. A club coach who trains his team for two hours a day will not have the time to focus on particular players so what we have here is personalised. I have had offers from Europe, a manager called me to come and help out with his strikers. I don’t want to coach the whole world. I just want to be able to treat each player that passes through me uniquely so that you have all of my attention and grow to your potential.

What do you look for in players before you agree to take them on?

I cannot turn anybody back if you come to me. At least I will take a first look at you and see what you can do. Then the criteria for whether you stay or not is that I will ask you if you want to be a part of this or are you being forced to come here? Do you want to work on yourself? Are you willing to change something about yourself? You find out some of these players have ego problem so I tell them I’m not here to teach you how to play. You’re already a player. You just need to develop one or two things in your game. If you’re not ready you can leave. What we do is not physically demanding but it challenges you. You have to think by yourself and on your feet. I’m not going to think for you. I will help you but you have to find the answers yourself. You must understand why you’re doing what you’re doing. If you don’t want to work or you don’t want to think then there’s no point coming.

You seem to have your hands full with clients at the moment. Will you consider taking a full time job with a clubside if the offer should come and what do you think will become of your plans for Next Steps?

If the opportunity comes, that means I will have to scale this down. I have one or two other highly experienced coaches who can handle things if I had to go and take up a full time job elsewhere. I will encourage the other coaches to carry on and I know they’ll do a good job because the vision is the same.

You have a rich background in football from your time in Nigeria. Can you share that with us?

I played with a number of clubsides in Nigeria before I left the country. I played for Stationary Stores in 1989/90. I was at ACB of Lagos 1992, Udoji United 1993, Concord FC of Abeokuta 1994, Enugu Rangers between 1995 to 1997 before I travelled out of Nigeria. And I played in Asia for a while before I finally retired.