Six months after winning the season four edition of Big Brother Naija reality TV show, Mercy Eke has called out her fans for not giving her enough support.

The Imo State born actress and media personality called out her fans on her  Instagram recently stating the fact that the likes of Kylie Jenner, Cardi B and other top global female personalities get unwavering support from their respective fans while she doesn’t. 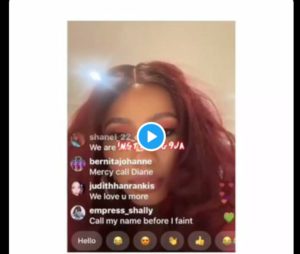 The Reality show winner, on the flip side just started a reality TV show with former house mate: Ike on paid tv titled “Mercy and Ike”