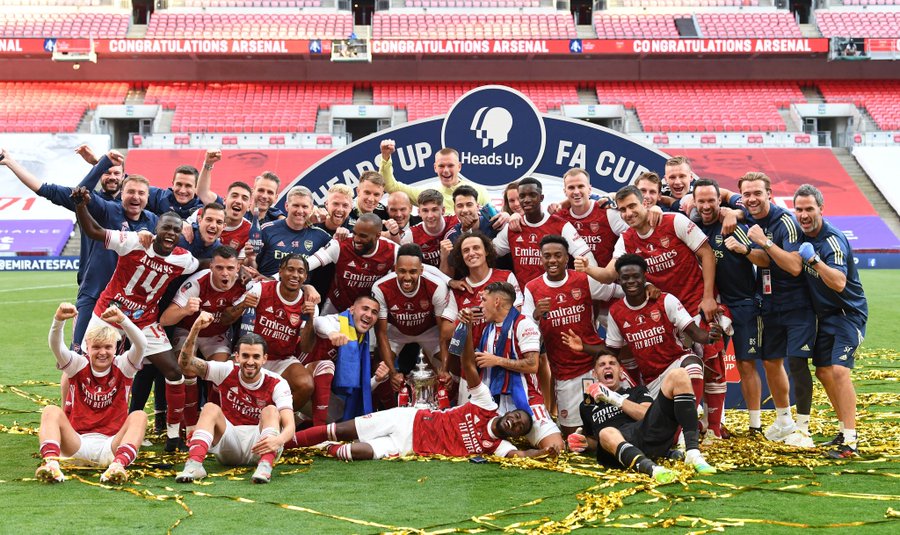 Mikel Arteta won his first managerial title and Arsenal’s record 14th FA title at Wembley Stadium on Sunday evening to shade off what most of their fans consider a woeful season.

Aubameyamg’s brace secured a 2-1 win over Chelsea as the Gunners came from behind to secure the victory after Christian Pulisic gave the Blues an early lead in the first half.

Arsenal fans as expected took to social media to celebrate their victory and at the same time mock Chelsea fans.

We fight with dignity, and win with PRIDE.#Arsenal

Yes, RED is the colour of CHAMPIONS. https://t.co/QLP28QlVA9

The most famous trophy of all… #EmiratesFACup pic.twitter.com/ApeynM4YnF

Arsenal have made us proud, today. https://t.co/t4UhxT0hth