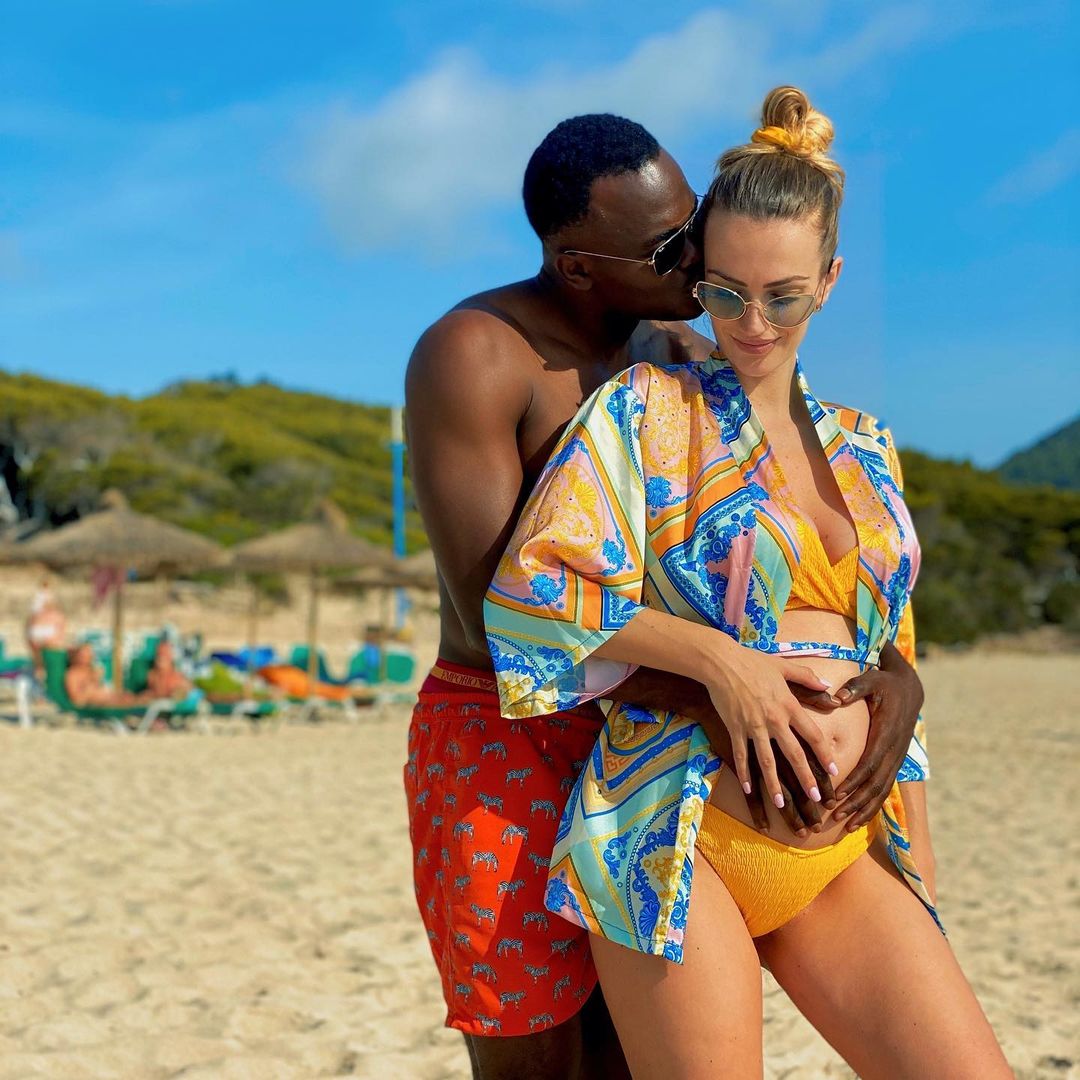 Former Nigerian striker, Obinna Nsofor is expecting a child with his partner.

The ex-Inter Milan goal poacher couldn’t hide his excitement as he took to his Instagram page to share pictures of him kissing his girlfriend’s baby bump.

Nsofor also expressed his gratitude to God as he looks forward to becoming a father again.

“Thank you Almighty God for your countless blessings. we praise and glorify your holy name.” 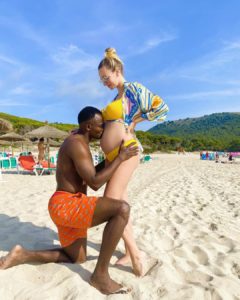 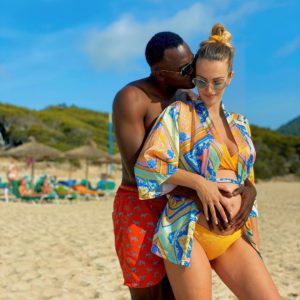 He was also part of the Super Eagles team that won the Bronze medal at the 2010 edition of the Africa Cup of Nations in Angola. 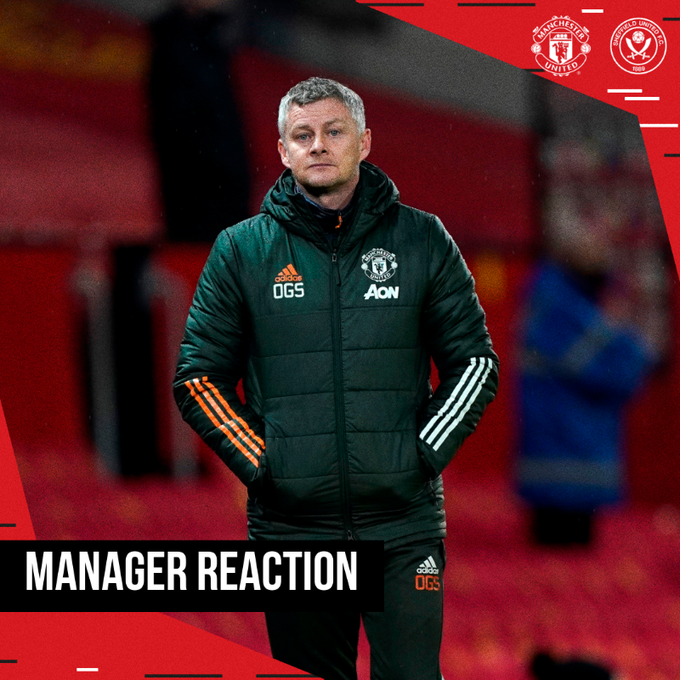 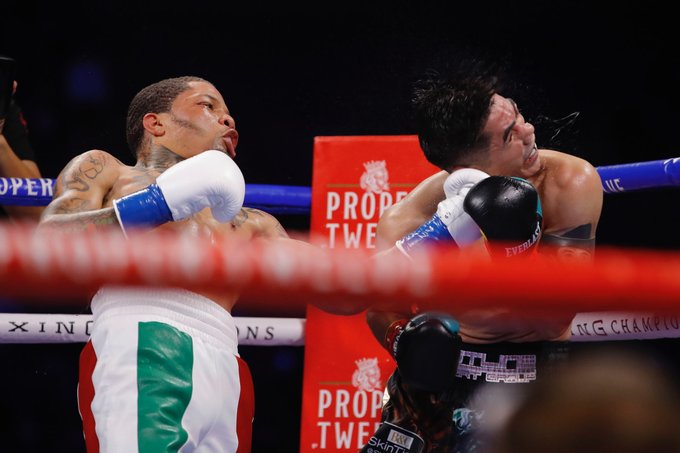 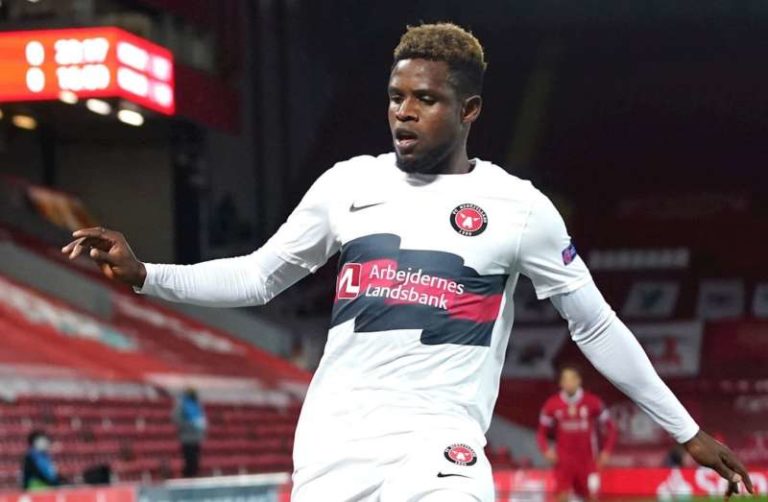 Advertisement Brentford’s boss,  Thomas Frank has expressed his delight at the signing of Super Eagles midfielder, Frank Onyeka who recently joined the club recently. Frank Onyeka joined Brentford from Danish side, Midtjylland on a five-year contract.  The 23-year-old becomes Brentford’s first signing of the summer ahead of the new football season. While speaking to the…

Advertisement Salah’s hat-trick inspires Liverpool to 4-3 win against newcomers Leeds United Liverpool began their title defense with an unconvincing 4-3 win against newcomers Leeds United in their opening Premier League encounter played on Saturday, September 12th. The Reds went ahead early when Mohamed Salah converted a penalty in the fourth minute. Leeds responded in the… 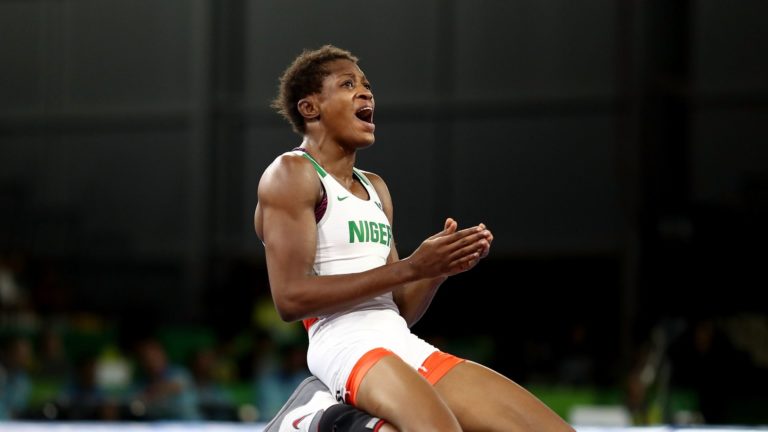 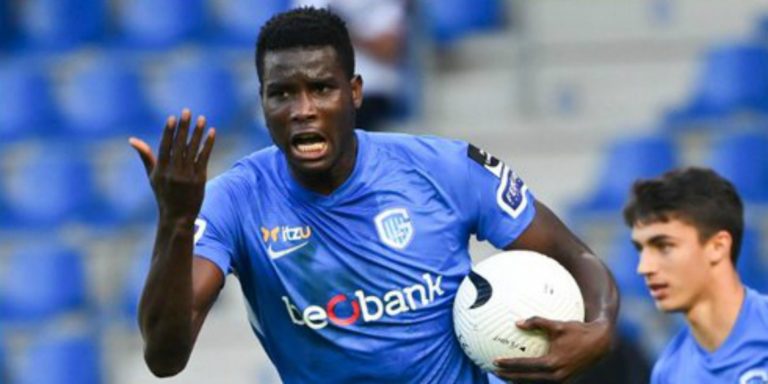 Advertisement Super Eagles striker, Paul Onuachu continues to find the back of the net in the Belgian Jupiler League as scored his 10th league goal of the season in Genk’s 4-1 win over Royal Excel Mouscron yesterday. The 6ft striker scored the third goal on the night as his club continues their impressive start to…