Victor Osimhen has described the kind of striker is while responding to questions from Journalists during a recent press conference.

The Super Eagles striker said he loves to get involved with the at and his teammates are central to his style as well.

“I like to get involved with the play. My team-mates are vital to me. My motto is never say never. Everything is possible in football. This is a squad of great players and it’s a big step up for me to be here. I’m focusing on doing everything I can for the team and helping my team-mates.” 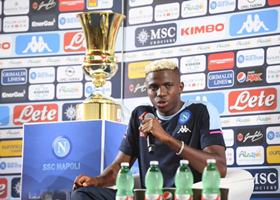 He trained with his new teammates for the first time this week after completing a club-record fee of 70 million euros from Lille.

Victor Osimhen is expected to make his unofficial debut in one of Napoli’s pre-season friendly matches against Aquila and Castel di Sangro. 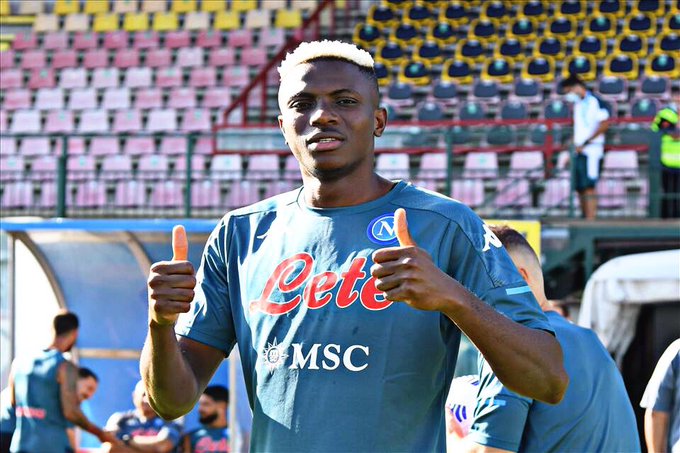 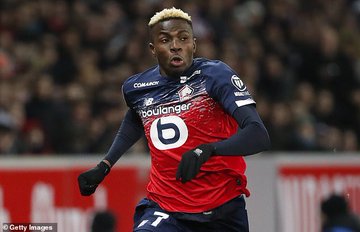