The Reds went in front as early as the second minute when a controversial handball by Moussa  Sissoko from a Sadio Mane cross resulted in a spot-kick converted by Mohamed Salah. 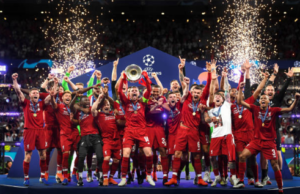 The second half in front of 63,272 fans at the Metropolitano Stadium, Madrid was tightly contested.

However, Liverpool sealed the win through a left-footed strike by Divock Origi in the 87th minute to wrap up their eighth Champions League triumph.

Watch highlights of Liverpool vs Tottenham below