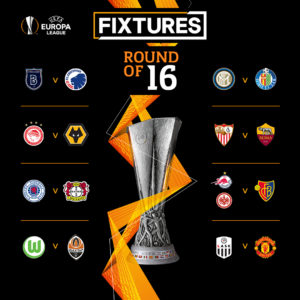 Manchester United are now favourites to win the 2020 Europa League title after they were paired against LASK in the round of 16 draw on Friday, February 28th.

The Red Devils breezed past Club Brugge in the round of 32 but were able to avoid the big names in the next round.

The tough games will be Inter Milan against Getafe and Sevilla against Roma. The first leg games will be played on Thursday, March 12 with the return leg the following week.

Here are the fixtures in full