The nominees for the October Premier League Manager of the Month award have been revealed.

There are five managers from the 20 different teams selected for the award.

The nominees are Wolverhampton Wanderers boss Nuno Espirito Santo who won three and drew one of his four games.

Ralph Hasenhuttl who guided Southampton to a draw and two wins in three games.

David Moyes who led West Ham United to two draws a win and one defeat. 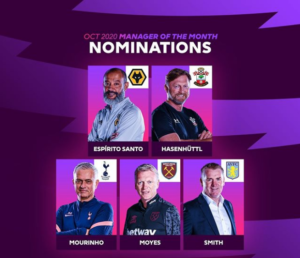 Aston Villa boss Dean Smith who lost one and won two games including a 7-2 demolition of champions Liverpool.

Who gets your vote for October's Barclays Manager of the Month this @PremierLeague season? It’s #AllToPlayFor ⚽️ 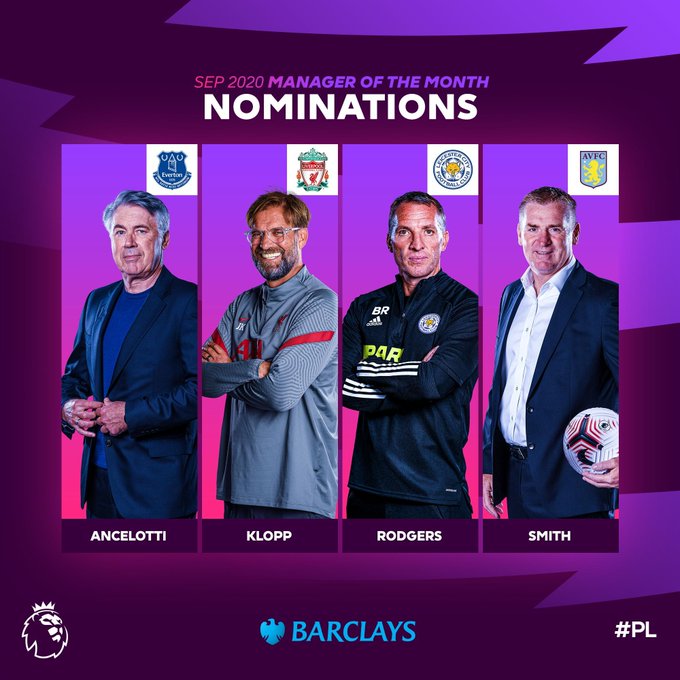 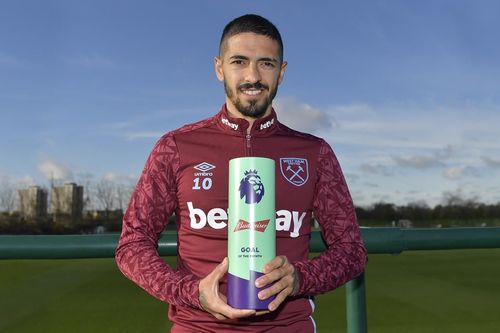 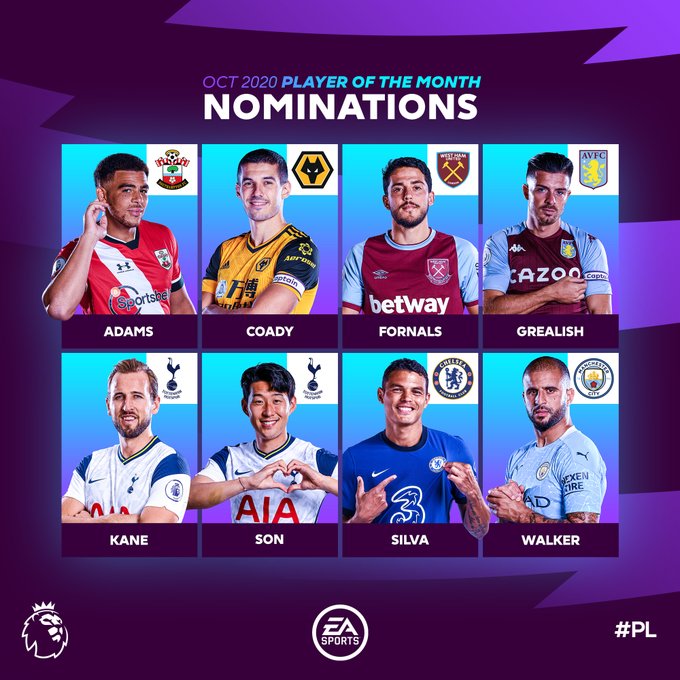