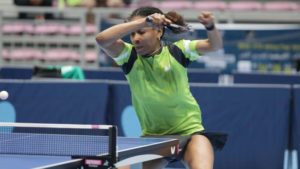 Three Nigerians Funke Oshonaike, Edem Offiong and Olajide Omotayo picked up a ticket to represent the country in the table tennis event of the upcoming 2020 Olympic Games scheduled to hold in Tokyo, Japan.

All three picked up their tickets at the 2020 ITTF Africa Cup which was concluded on Friday, February 28th.

Oshonaike became the first African Woman in any sport to qualify for seven Olympic Games after participation in Atlanta, Sydney, Athens, Beijing, London, Rio and will now be at Tokyo. 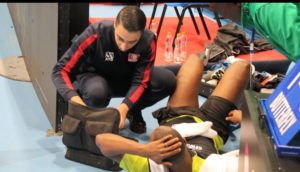 In the men’s event, Omotayo will sealed qualification top of the standings to ensure he will make his Olympic debut in Tokyo.

Quadri however missed out on an automatic ticket after he was forced to withdraw from proceedings due to a hip injury against Adam Hmam.

Quadri can still qualify for the Olympic Games by virtue of his rankings but will need to wait until after the ITTF World Singles Qualification Tournament takes place in Doha from Thursday 28th to Sunday 31st May,