Any game between Brazil and Argentina is always a spectacle and this one also did not disappoint.

It was Argentina led by Marcelo Bielsa who will take the lead through a penalty converted by Kily González  in the 20th minute.

Brazil found an equalizer in the 45th minute when Luisão headed in a freekick as both sides went to the halftime break.

Argentina would then go in front in the 87th minute through César Delgado which sparked wild celebrations with just three minutes to go.

However, Adriano would get a late equalizer for Brazil in the 93rd minute as both sides proceeded to extra time. 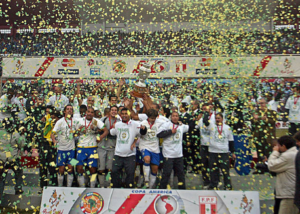 There were no goals in extra-time as the game went to the lottery of the penalty shoot-out.

Adriano, Edu, Diego and Juan all scored for Brazil who were crowned champions at the Estadio Nacional, Lima 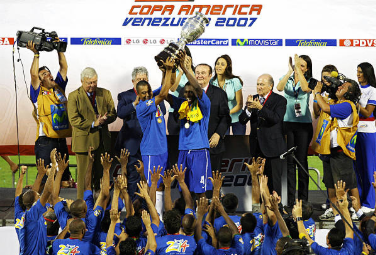 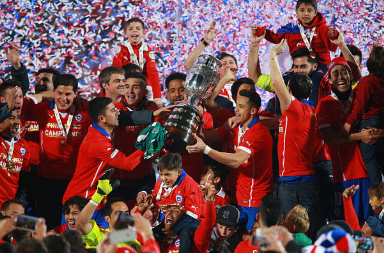