following his incredible 2019-20 season, Haaland was crowned as this year’s winner. 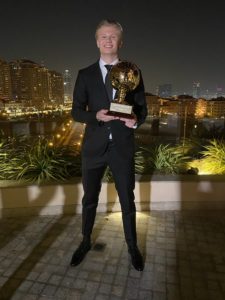 With 28 goals for RB Salzburg before he joined the German giants for £17.1million back in January and an impressive 27 goals in 29 appearances for Dortmund Haaland landed the Golden Boy award.