Chelsea returned to winning ways thanks to goals from a header from Thiago Silva and a brace from Tammy Abraham.

Lampard spoke to the Chelsea website after the win against West Ham.

According to the Chelsea website, “Lampard stated that was just the result we needed after a couple of defeats. He says our performance was really good, especially our defensive game against a threatening West Ham side who are playing well at the moment. 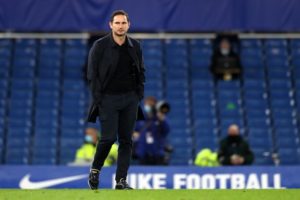 “Lampard knows a tough run of games is coming up and the onus is on us to stay near the top of the table. With Arsenal next, he sees a team of great quality who are in a tough moment, making them dangerous opposition we will have to prepare well for.

Speaking to SkySports Lampard said,  “Arsenal’s a tough game, people will look at the position they’re in for us those tend to be the toughest of games sometimes”

🗣 "Arsenal's a tough game, people will look at the position they're in for us those tend to be the toughest of games sometimes"

Frank Lampard on facing Arsenal next on Boxing Day pic.twitter.com/KdQtdzGF0Q