A man has been arrested after two women and four children were allegedly held in a flat during a standoff with police in Bromsgrove, Worcestershire, this afternoon.

West Mercia Police cordoned a street in the town as negotiators spoke to the man inside the ground floor flat.

A woman escaped through an open window and was followed out by another woman.

Four children were then handed out of the window one by one to police before being followed by the man, who gave himself up to officers. 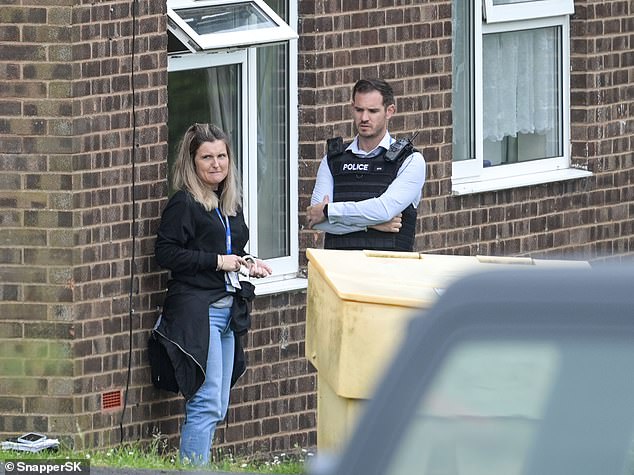 Officers at the door of the home in Bromsgrove, Worcestershire, where a man was arrested after two women and four children were allegedly detained during a standoff 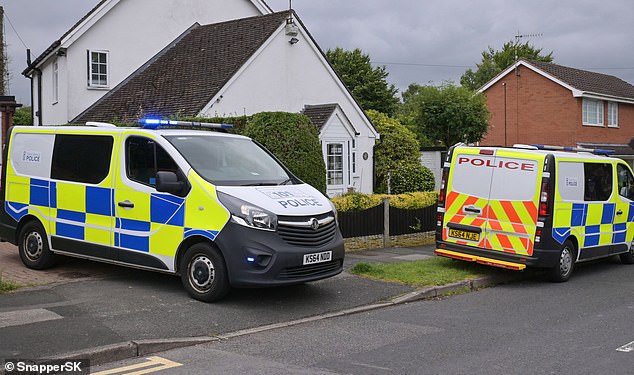 A large police presence remained close to the scene in Bromsgrove, with one street closed off with a cordon

Eyewitnesses say he was arrested without a struggle before being placed into an awaiting police van.

A neighbour, who had been evacuated from her home and stood near the cordon in her dressing gown, said: ‘I really hope the children are okay, it’s an awful situation to put them in.’

West Mercia Police stated: ‘We are currently dealing with an incident at Catshill in Bromsgrove.

‘Officers remain at the scene and a cordon is in place.

‘Please avoid the area and we will provide further updates when we are able to.’