The Champions League have unveiled the nominees for the Player of the Week award.

The award is for the best performances for the second batch of the round of 16 final games played. 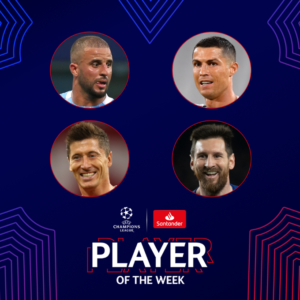