There is news about the Nigeria Professional Football League (NPFL).

On his way back from an away match against Adamawa United played in Gombe state in northern Nigeria the police say the abduction of the coach happened on 15 June.

They said was carried out by unidentified gunmen as the police say two men traveling with Eguma alerted them to the ambush. 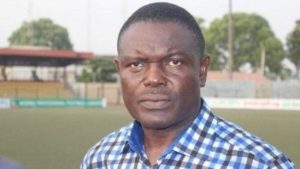 The kidnappers drove off with Eguma still in the vehicle as they were forced out of the car.

Mohammed Ndatsu Aliyu Enugu state commissioner of police has since launched a full-scale investigation to rescue the coach.