He led Paris Saint-Germain to the first Champions League final in the club’s history last August. 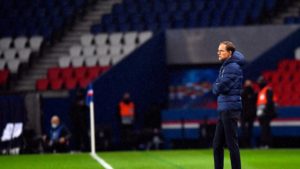 The statement on the PSG website read, “After an in-depth analysis of its sporting situation, Paris Saint-Germain decided to terminate Thomas Tuchel’s contract.”

Chairman and CEO of Paris Saint-Germain Nasser Al-Khelaïfi, speaking about the departure of Tuchel said,  “I would like to thank Thomas Tuchel and his staff for all they have contributed to the club”

“Thomas has put a lot of energy and passion into the job, and we will of course remember the good moments we shared together. I wish him all the best for the future.”