Cruelty!!! This 24-year old man had sex with drunken woman, killed her and cut her into 7 pieces

A court in England has heard how Azam Mangori, 24, allegedly murdered Lorraine Cox and cut up her body into seven pieces, according to the Dailymail.

Mangori met Cox, 32, after she had enjoyed a night out with friends in Exeter, Devon.

He had sex with her in an alleyway before he took her to his flat above a kebab shop where he allegedly murdered her.

Mangori then used tools to cut off her arms and legs before disposing of her body parts at various locations including woodland at nearby Newton St Cyres, it is claimed. 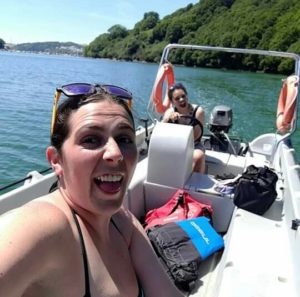 ‘She had been out with friends in the evening [of] Bank Holiday Monday. At about 1.30am she had set off to walk home alone and she had had a lot to drink.’

He continued: ‘Her whereabouts were a mystery to her friends and family for another week.

‘No one knew where she was. The answer was that she had been killed by this defendant.

‘She had had the great misfortune to be spotted by him when she was walking home. He was out walking the streets alone. 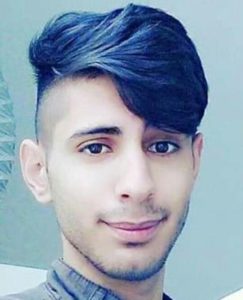 ‘He went up to her, they had never met one another before. He took advantage of her drunken state and had a sexual encounter with her in an alleway off Sidwell Street.

‘He then led her back to his room above a kebab shop in the city centre and he killed her there.

‘He cut her body up into seven pieces and disposed of them. He mutilated the body in other ways.

‘He disposed of her clothing and any of her possessions that she had with her and he took the sim card from her phone and used it to pretend to be her, and pretend to the world that she was still alive.’

Exeter Crown Court heard that he tried to hide the truth but he failed to do so. 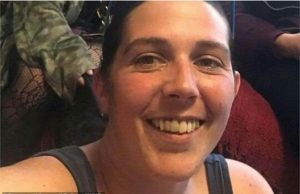 Mr Laws said CCTV showed them meeting, and the shops he went to buy the tools he needed to dismember and dispose of her body as well as the digital world showing ‘the cruel deception’.

DNA experts established that the defendant was responsible for the disposal of her body.

Mangori allegedly admitted to preventing the lawful burial of the victim but denies murder and his trial continues. It is expected to last up to a month.