The Premier League was suspended as a precautionary method to combat the spread of the deadly Coronavirus outbreak. There have been rumors revealing that the situation of the Coronavirus may lead to the league canceled only to start again next season.
With Liverpool in the lead and their fans waiting for their first title in 30 years, they have begun a petition that they should be crowned champions despite the league not completed. 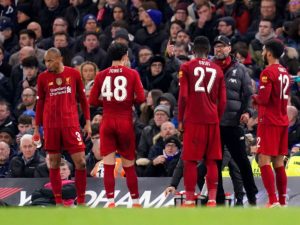 There is a verse in the holy book that says what you sow you reap, for Liverpool fans they are willing to skip the process for the harvest. To be champions due process has to be completed which means overrunning all teams in the league to be crowned.
The league does not have to be completed for a team to be crowned champions, however, they must have the required points which would make them uncatchable by any other team on the standings. If the league cannot be continued, then the result is inconclusive therefore despite their lead Liverpool should not be rewarded for almost completing the job. 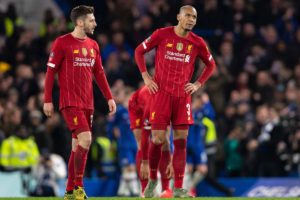 Sadly for Liverpool despite their huge lead over second-placed Manchester City they have not been able to wrap it up. Since the winter break, they have struggled to beat West Ham and Bournemouth, lost to Atletico Madrid twice to be eliminated from the champions league, lost to Chelsea to exit the FA Cup and their unbeaten run in the Premier League destroyed by Watford. Given their recent found form after the winter break who is to say they do not collapse just as they have shown in past years of mediocre finishing. 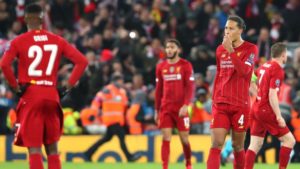 Liverpool has been the best team in the league this season, but the best team does not equate to champions. To those that say, they just need two wins, football is reality, not probability, therefore, Liverpool are not champions and should not be given the benefit of the doubt that they would have ended champions if not for the Coronavirus break.

1 thought on “#Coronavirus: Liverpool are not champions so the Premier League should annul the season and start all over”