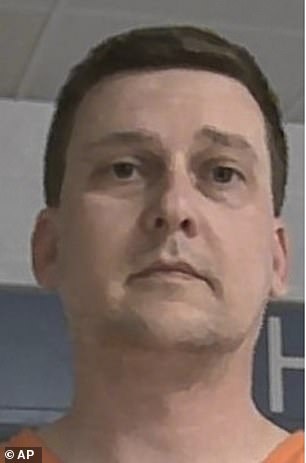 A couple accused of trying to sell US nuclear submarine secrets to a foreign country now face life in prison after a grand jury handed down an indictment in the case, after it was revealed the wife moaned about her salary and Donald Trump’s election win.

Jonathan and Diana Toebbe, both of Annapolis, Maryland, were indicted on Tuesday by a Grand Jury in Elkins, West Virginia, on national security charges, the Justice Department said.

They were arrested in West Virginia on October 9 and previously charged in a criminal complaint with violations of the Atomic Energy Act. The couple is due in federal court Wednesday for a detention hearing. 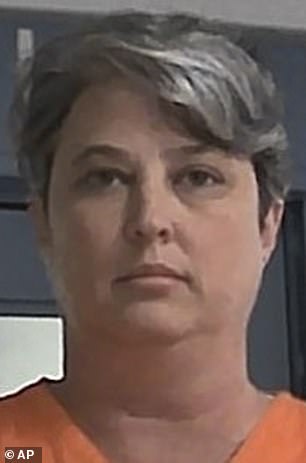 Jonathan and Diana Toebbe, both of Annapolis, Maryland, were indicted on Tuesday by a Grand Jury in Elkins, West Virginia, on national security charges 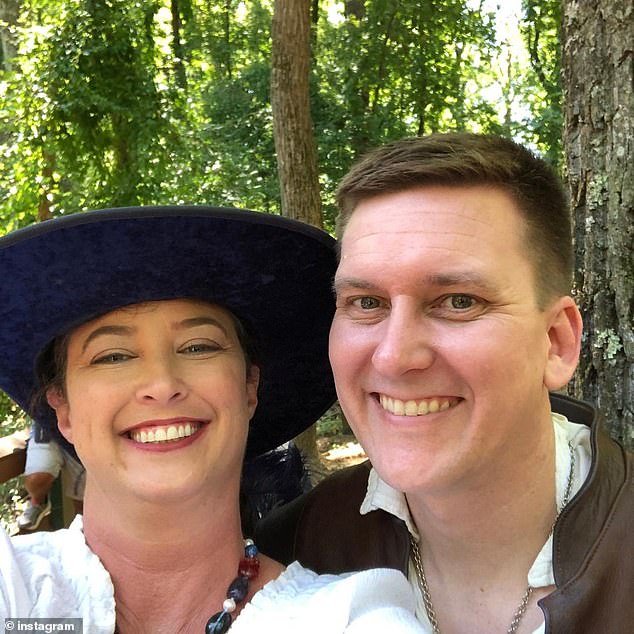 They were likely motivated by a thirst for money, and dissatisfaction with the United States, particularly the Trump administration, which they expressed vocal despair over

Jonathan Toebbe, a Navy nuclear engineer, is accused of trying to pass information about the design of submarines to someone he thought was a representative of a foreign government, but who was actually an undercover FBI agent.

Court documents do not reveal the identity of the foreign country he is accused of trying to sell the information to, but it is believed to be an ally or neutral state, because the foreign government alerted the US to the plot.

Undercover agents then posed as members of that foreign government to catch the couple out, it is alleged, amid claims they were spurred on by a desire for cash, and anger at Donald Trump’s 2016 election win.

Prosecutors say Diana Toebbe accompanied her husband on several instances to pre-arranged ‘dead-drop’ locations at which he left behind memory cards containing the sensitive information.

A detailed investigation into the couple’s backgrounds by the New York Times reveals that they were likely motivated by a thirst for money, and dissatisfaction with the United States, particularly the Trump administration.

After their home went underwater during the Great Recession, and they were forced to sell at a loss, Jonathan Toebbe left his nuclear physics doctoral study to join the Navy, a faster path to higher income.

Diana Toebbe, meanwhile, often lamented about her paycheck as a teacher at an elite private high school, frequently pointing out that she had a PhD, students and colleagues say. 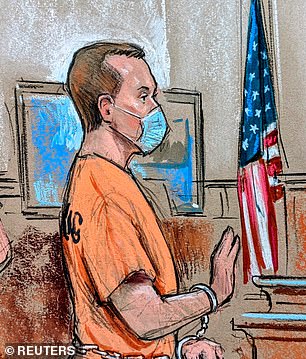 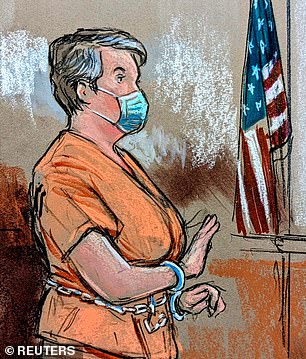 Jonathan Toebbe (left) and Diana Toebbe (right) were both charged with spying on the U.S. for an unidentified foreign government and were ordered held without bail during a court appearance Tuesday after it was determined that they pose a ‘serious risk’ of flight

Jonathan Toebbe earned $153,737 a year, according to U.S. government officials, while his wife is believed to have made around $60,000. The couple have two children and lived in their own home in a middle-class neighborhood in Annapolis.

Students and colleagues say that Diana Toebbe became emotional and distraught after Donald Trump was elected to the White House in 2016, uncharacteristically speaking out about politics in the classroom and even discussing leaving the country.

The indictment alleges that on April 1, 2020, just weeks into the pandemic Jonathan Toebbe sent a package to a foreign government, listing a return address in Pittsburgh, Pennsylvania, containing a sample of classified information and instructions for establishing a covert relationship.

Jonathan Toebbe entered into email correspondence with an undercover FBI agent posing as a representative of the foreign government, and eventually handed over three items of nuclear sub secrets in exchange for $100,000 paid in cryptocurrency, the indictment claims.

The FBI also arranged a ‘signal’ to Toebbe from the country’s embassy in Washington over the Memorial Day weekend. The papers do not describe how the FBI was able to arrange such a signal.

In June 2021, the FBI says, the undercover agent sent $10,000 in cryptocurrency to Toebbe, describing it as a sign of good faith and trust.

Weeks later, federal agents watched as the Toebbes arrived at an agreed-upon location in West Virginia for the exchange, with Diana Toebbe appearing to serve as a lookout for her husband during a dead-drop operation for which the FBI paid $20,000, according to the complaint. 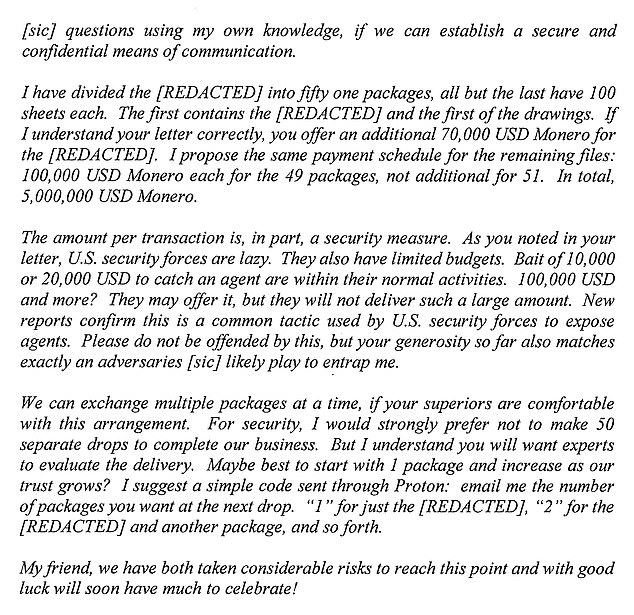 The FBI recovered a blue memory card wrapped in plastic and placed between two slices of bread on a peanut butter sandwich, court documents said.

The FBI provided the contents of the memory card to a Navy subject matter expert who determined that the records included design elements and performance characteristics of Virginia-class submarine reactors, the Justice Department said.

The FBI conducted similar dead-drop exchanges over the next several months, including one in August in Virginia in which Toebbe was paid roughly $70,000 and concealed in a chewing gum package a memory card that contained schematic designs for the Virginia-class submarine, according to court documents.

The couple were ordered held without bail during a court appearance Tuesday after it was determined that they pose a ‘serious risk’ of flight.

In a letter outlining what classified information he had obtained, Jonathan, who spent two years working on nuclear reactors in Arlington, Virginia, is said to have explained how he meticulously smuggled documents over the years. 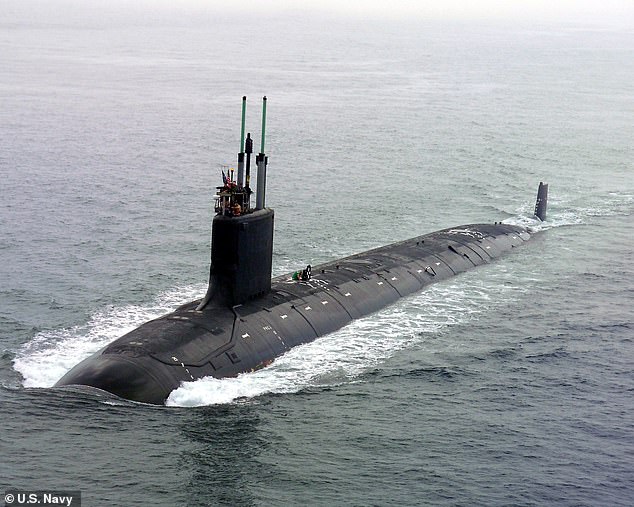 ‘This information was slowly and carefully collected over several years in the normal course of my job to avoid attracting attention and smuggled past security checkpoints a few pages at a time,’ he wrote.

‘I no longer have access to classified data so unfortunately cannot help you obtain other files. But I can answer your experts questions using my own knowledge, if we can establish a secure and confidential means of communication.’
He is also said to have suggested meeting his handler for a drink after their ‘mission was complete.

An email prosecutors say was sent by Jonathan Toebbe said: ‘Thank you for your partnership as well my friend. One day, when it is safe, perhaps two old friends will have a chance to stumble into each other at a cafe, share a bottle of wine and laugh over stories of their shared exploits.

‘A fine thought, but I agree that our mutual need for security may make that impossible. Whether we meet or no[sic], I will always remember your bravery in serving your country and your commitment to helping me.’

And written communications – said to have been shared Jonathan and an undercover FBI agent posing as a foreign spy – show that the engineer and his wife were also prepared to be extracted to a safe country should their plot be exposed.

‘I will be forever grateful for your help extracting me and my family,’ Jonathan is said to have written in an encrypted email documented in the criminal complaint.

‘I surmise the first step would be unannounced travel to a safe third country with plans to meet your colleagues. We have passports and cash set aside for this purpose. I pray such a drastic plan will never be needed, but you are right: it is a comfort to know you are ready and willing to aid us.’

The complaint also revealed that Jonathan had a longstanding relationship with the foreign entity, although the name of the country whose spies Jonathan allegedly thought he was communicating with has not been shared.

Diana, a humanities teacher at a private K-12 school in Annapolis, Maryland, has been placed on an indefinite suspension, a spokesperson confirmed to ABC News on Tuesday.

Matthew Nespole, head of Key School where Diana worked for the last 10 years, said the academic institution was ‘shocked and appalled’ to learn of the charges against the Toebbes.

‘Key School had no prior knowledge of their alleged criminal activities, nor is the School connected to the investigation in any way,’ Nespole said. ‘Key School supports the administration of justice by the FBI and NCIS, and will cooperate with the investigation if requested through our school’s legal counsel to do so.’

One of Diana’s former students, Craig Martien, – who collaborated with her on a yearbook and an after-school anthropology club – echoed the school leader’s claims, saying he too was shocked to learn of the news.

‘She was someone who I really looked up to. I was totally blindsided,’ he said in a Wednesday interview on Good Morning America.

Key School is now focusing on ‘minimizing disruptions for our students and supporting them emotionally’. 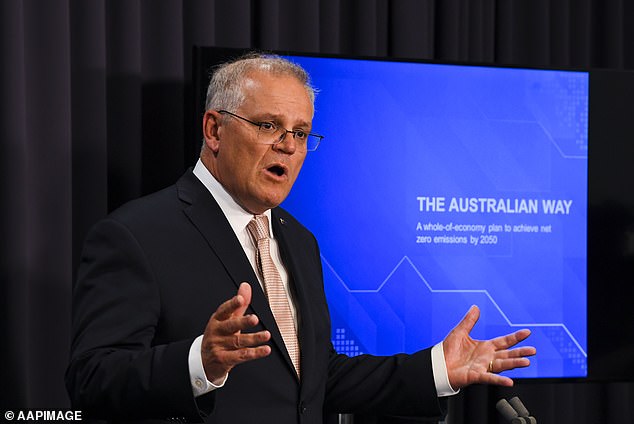 Advertisement Scott Morrison has announced an historic commitment to net zero carbon emissions by 2050 in a bid to tackle global warming. The Prime Minister will show off his ‘uniquely Australian’ proposal at crunch climate talks in Glasgow with world leaders at the end of this month.  He said Australia can reach net zero emissions… 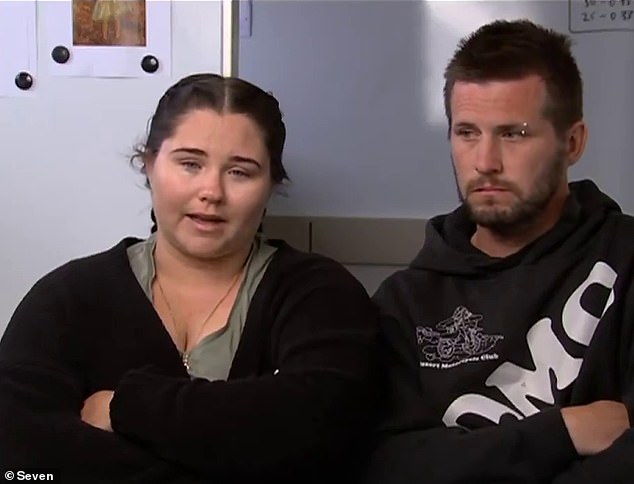 Advertisement [ad_1] Cleo Smith’s shattered mother and stepdad have broken their silence four days after the little girl disappeared as fears grow she was abducted and ‘flown interstate’.  Ellie Smith and her partner, Jake Gliddon, fronted the media near the Blowholes campsite north of Carnarvon in Western Australia where the four-year-old was last seen about 1.30am… 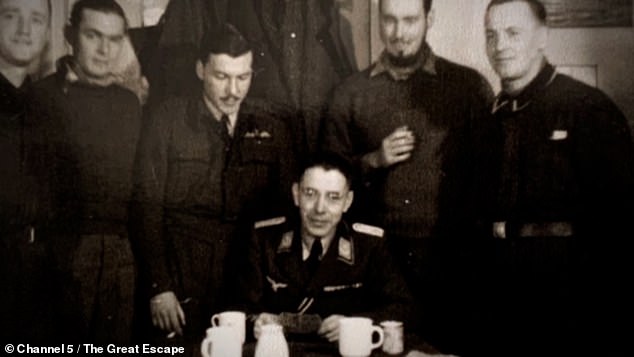 Advertisement They were the 76 men whose acts of subversion and defiance inspired one of Britain’s most famous films. In March 1944, prisoners led by RAF Squadron Leader Roger Bushell escaped from Nazi Germany’s Stalag Luft III prisoner of war camp, near Sagan in Nazi-occupied Poland, through a tunnel they had ingeniously dug in secret…. 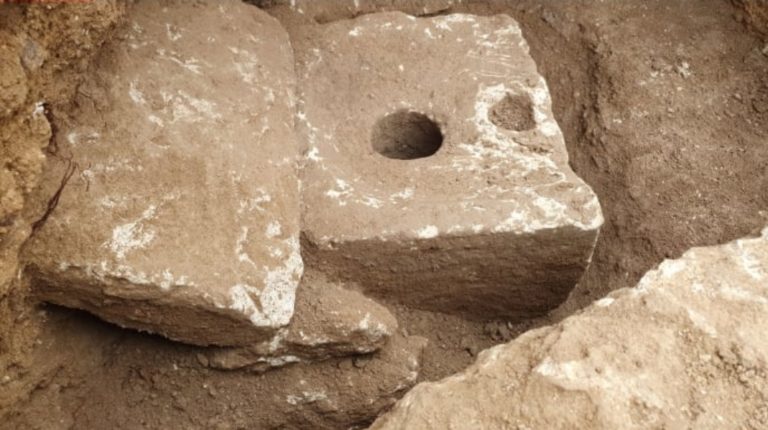 Advertisement A 2,700-year-old toilet has been found during archaeological excavations of a former royal mansion in Jerusalem. Dating from the end of the 7th century BCE, the private toilet cubicle was unearthed in the remains of the building, which overlooks the City of David archaeological site and the Temple Mount, according to a press release… 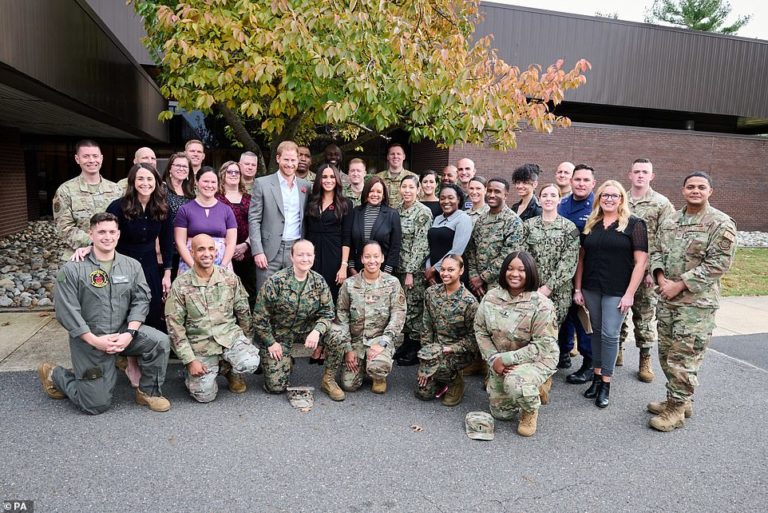 Advertisement Prince Harry and Meghan Markle spent Veterans Day on an army base in New Jersey, enjoying lunch with service members and sharing stories of the mental health challenges of being in the armed forces.  The Duke and Duchess of Sussex – who on Wednesday night dazzled at a gala honoring the military in Manhattan,… 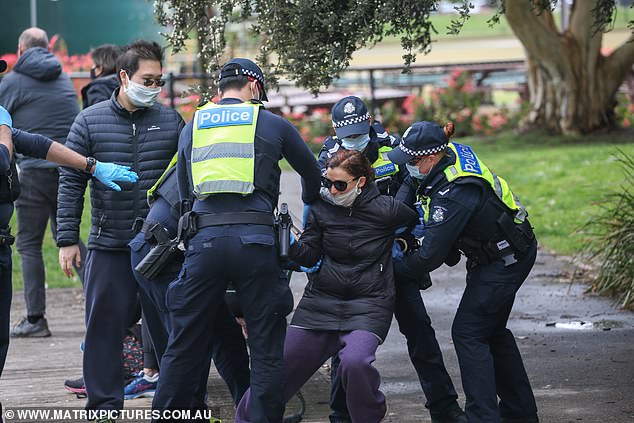