It was a meeting between Barcelona who won the Champions League and River Plate who won the Copa Libatedories. 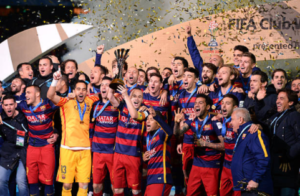 It was another triumph for Barcelona in front of 66,853 fans in attendance at the International Stadium Yokohama, Yokohama.