Borno State Governor, Professor Babagana Zulum ferried across the Nigerian side of the Lake Chad to meet over 5,000 Nigerian refugees who are currently camped in Baga Solar, a border community in the Republic of Chad.

Governor Zulum interacted with the leaders of the host community, the Governor of the Chadian Lake Province Fadul Tijjani l, as well the refugees.

He asked the refugees to point out their challenges so he could address them. 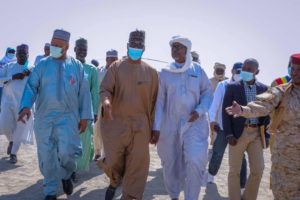 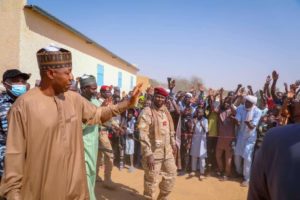 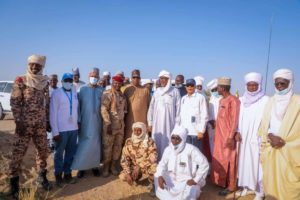 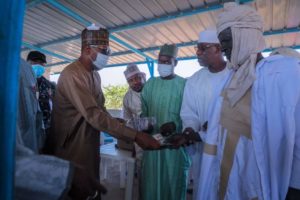 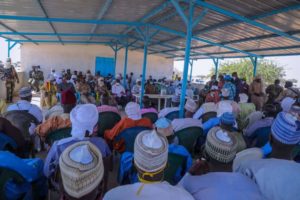 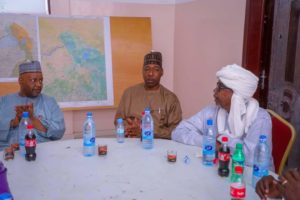 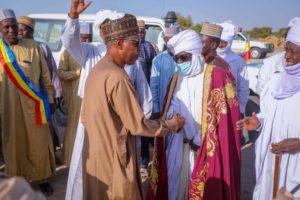 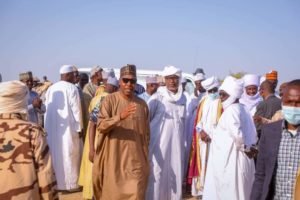 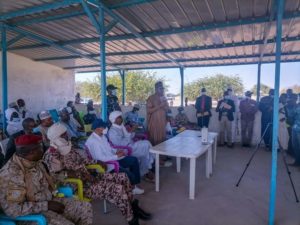 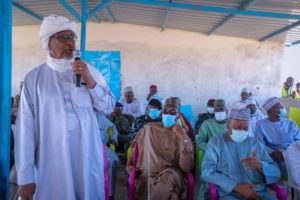 Borno State Governor, Babagana Umara Zulum on Tuesday ferried through the Nigerian side of the lake chad to meet Borno citizens taking refuge at Darsalam refugee camp in Baga sola, a boarder community in the republic of Chad.

Zulum on arriving Baga Sola, was received by the Chadian Governor of Lake Province, Fadul Tijjani.

Zulum interacted with the leadership of the refugees, noting the challenges being faced so he could approve interventions.

Accompanied by the Nigerian Ambassador to Chad and the Chadian Ambassador to Nigeria, Zulum announced joint efforts between his administration, federal establishments and the UNHCR were being made to repatriate the refugees to safe resettlements in Borno.

Governor Zulum while in Baga Sola supervised the distribution of N50m naira cash to 5,000 families, with each family receiving N10,000 cash.

Zulum proceeded to N’Djamena, capital of Chad Republic, where he will spend night with plans to meet other refugees from Borno, today, Wednesday.