The Nigerian Army continues to make life difficult for Boko fighters as it repelled an attack by the Terrorists in Mungono Town, Borno State.

Troops of Operation Lafiya Dole struck the fighters with a decisive and well coordinated offensive as they tried to over ran the town yesterday. 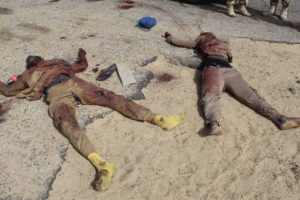 According to the Defense Headquarters, twenty fighters were neutralised, four gun trucks were also destroyed while some of the fighters were captured.

The Military high command sends congratulatory message to the soldiers for the professional discharge of the operation.