Writing a love letter is one of the ways of expressing one’s feelings lady or guy back in the days and it remains one of the most romantic ways of professing one’s emotions to a lady especially when it is garnished with some poetry. 😊

A gateman named Suleiman, defied fear as he penned down a love note to his female boys. In the love letter, he said he fell in love with her the first day he saw her.

He said that he knows there is a gulf in class between them but he loves her nonetheless. Suleiman also added that even though she can’t date him or be his wife, he appealed to her to hold his hands a little so he can feel alright.

A Twitter user identified as Kamiye_  who is a colleague to the Suleiman’s boss posted the pictures on Twitter. 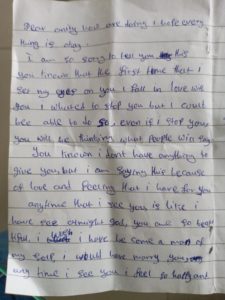 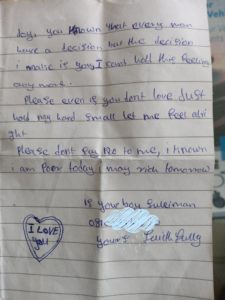