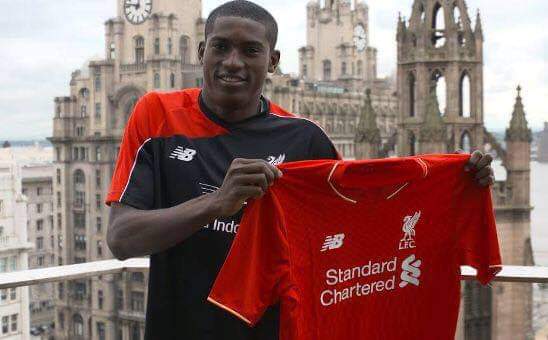 Awoniyi: Why I may never play for Liverpool

Nigerian forward Taiwo Awoniyi is set for another loan spell away from Liverpool next season with his inability to tie down a regular spot with the Super Eagles standing in the way of getting a work permit that will make him eligible to play for the Premier League champions.

Since becoming a Red, the forward has enjoyed loan spells with then German second-tier club FSV Frankfurt, Dutch side NEC Nijmegen, Belgian outfits Royal Excel Mouscron (twice) and KAA Gent in order to attract interest from national selectors and gain a work permit.

For non-EU players to be granted a work permit, they must demonstrate they are an international player of “the highest calibre.”

This means they must have played in 75% of a Fifa top-50 ranked national team’s matches over the previous two years.

Awoniyi admits that in fairness to the manager, the issue is completely out of his hands.

“I couldn’t take my chance to go on pre-season with Liverpool last year because I suffered an injury before resumption,” he recalled.

“I’m a realist as well. Even if I impressed the manager and did great during the tour, I would still face the hurdle of not having a work permit to allow me play in England.

“The manager will only focus on those eligible to play. But being with the squad on pre-season is always great because you learn and develop more as a player.”

His quest for that work permit has not been helped by being overlooked by the last two Nigeria coaches.

Awoniyi, who helped Nigeria win the Under-17 World Cup in 2013, has represented the country at all levels.

He has witnessed the stock of his class of 2013 teammates like Kelechi Iheanacho and Francis Uzoho rising rapidly with the Super Eagles.

He feels that over the years he has done enough to get more senior call-ups not least during his two loan spells at Belgian club Royal Mouscron, where he scored 21 goals and provided 10 assists in 47 games.

“I’m happy for [Kelechi] Iheanacho and Uzoho because they are deserving of the opportunity,” he told BBC Sport Africa.

“Personally, I feel like I deserve a chance. I recall when I was playing well and scoring goals in Belgium. Nigeria had a friendly game and I thought I had done enough to get a look in that would hopefully enhance my quest for a UK work permit, but I was overlooked.

“You begin to understand that it’s not something you can control or have power over. You just need to enjoy what you do and keep on working hard.”

He played at the 2015 Under-20 World Cup in New Zealand, netting twice and then helped Nigeria win the 2015 African Under-23 Championship in Senegal.

However he missed out on playing at the 2016 Olympic Games in Rio.